Finnish is spoken by approximately six million people worldwide, the vast majority of whom live in Finland, where it is the official language along with Swedish. A significant number of Finnish speakers also live in Sweden, North America and the Karelian region of Russia.

The modern Finnish language first began to appear during the 16th Century in the writings and translation of the Lutheran Bishop Mikael Agricola. Finnish did not start down the road to gaining official status, however, until the 19th Century when Finland was released from its six-century long rule by Sweden. Finnish finally reached an equal footing with Swedish in the early 20th Century with the Finnish Constitution of 1919. 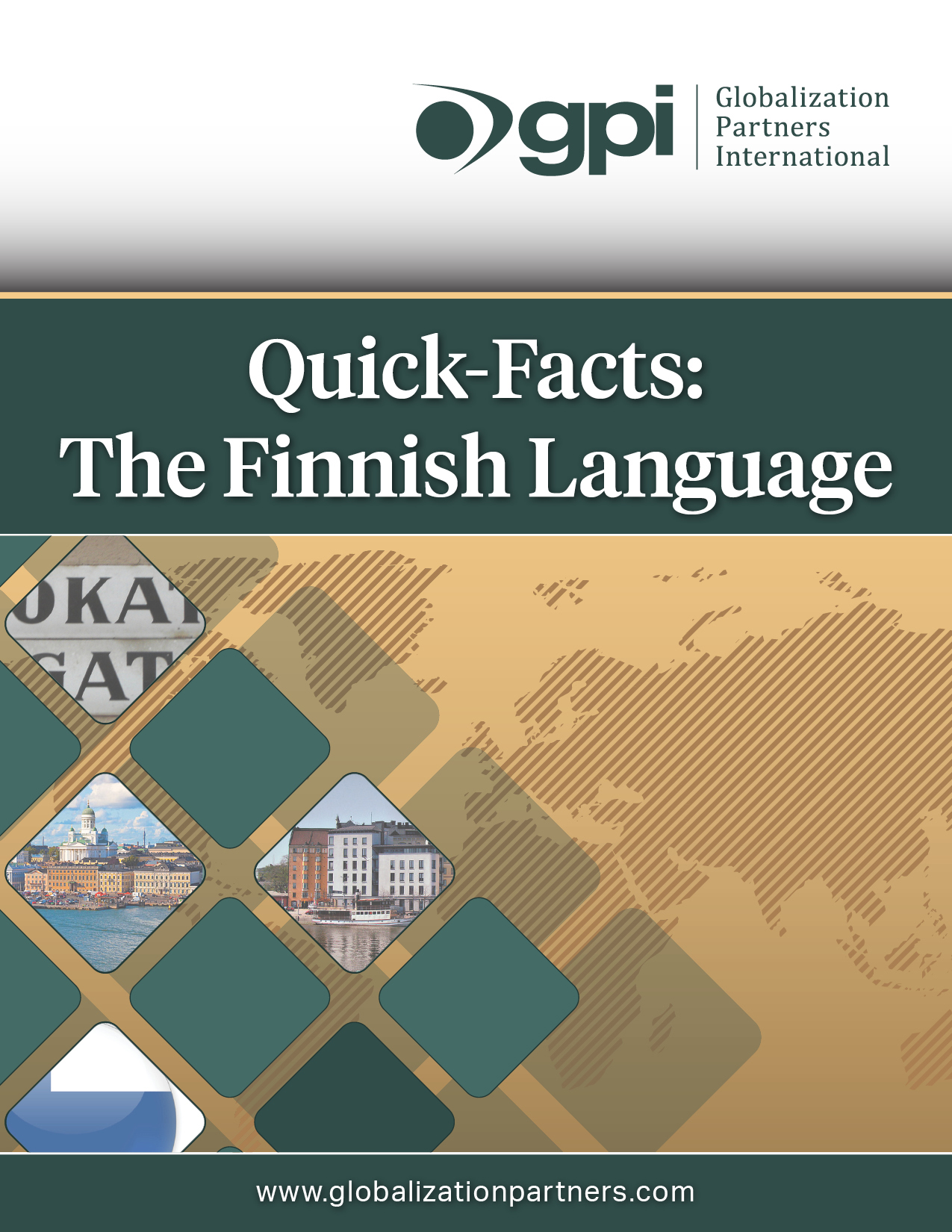