German is part of the West Germanic group of languages within the Indo-European language family and is a close relative of English, Frisian and Dutch. The standard form of German is called Hochdeutsch, or High German, referring to the southern highlands dialect from which it is derived. 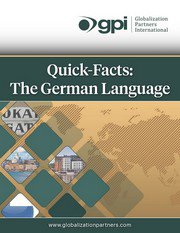