Hungarian is spoken by approximately 15 million people worldwide, the majority of whom live in Hungary, where it is the official language. Large populations of Hungarian speakers also live in Romania, Slovakia and Yugoslavia. Smaller numbers of speakers can also be found in Ukraine and Israel.

Hungarian is a highly inflected language in which nouns can have over 200 possible forms. Unlike other languages spoken in Central and Eastern Europe, Hungarian is not of Germanic, Romanic or Slavic origin, it comes from the Uralic family of languages. The same language family Finnish and Estonian belong to. Hungarian is closest to Mansi and Khanty, spoken in Western Siberia.

Hungarian has borrowed many words from the Iranian, Turkic, Slavic, Latin and German languages. 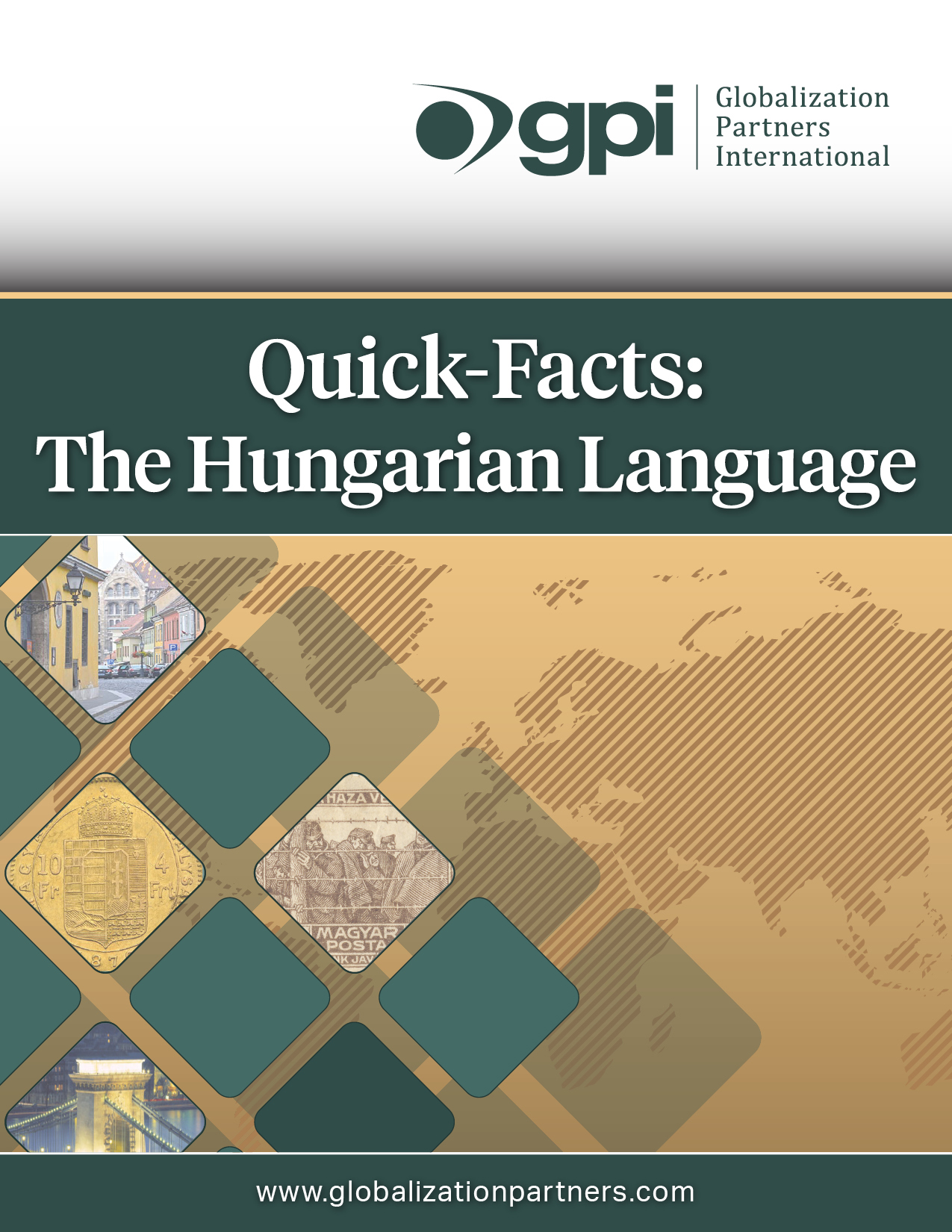