Turkish is spoken by around 77 million people worldwide, the majority of whom live in Turkey. Significant numbers of Turkish speakers can also be found in Bulgaria, Cyprus, Greece, Macedonia, Romania and Uzbekistan. 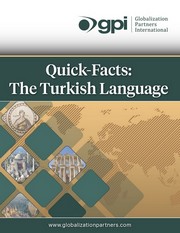