After traveling on business to the U.S., Canada, U.K. and other parts of Europe, as well as the UAE, in the last few months the topic of opportunities and eCommerce in emerging markets was brought up often. ECommerce in Africa was a major theme that kept coming up over and over again. As part of our global eCommerce series I wanted to dig a little deeper into eCommerce on the African continent and what the growth potential will indeed be in the coming years.

A recent article in Business Day’s BDlive further caught my interest on what is on the eCommerce horizon for this part of the world. According to the article, Google South Africa was expecting strong growth for the remainder of 2015 and the following year. When Luke Mckend, country director for Google SA, spoke at the eCommerce Africa Confex in Cape Town earlier this year he shared some statistics that showed an increase of googling which typically indicates an intention to buy. “A story of growth” as Mckend called it, and data that clearly outlined that search was growing significantly faster in Africa than in more mature online economies

The numbers were quite impressive: the query volume in South Africa increased by 37%, 49% in Nigeria followed by 33% in the country of Kenya. 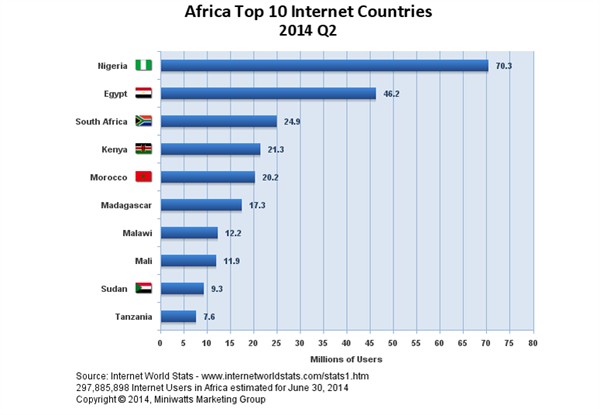 Africa’s eCommerce sector is gaining more momentum in a growing number of countries. I wanted to see who the winners and losers will be in the near future and learn more about those trends. Russell Southwood from www.allafrica.com used the telecoms and internet sectors as examples to provide an in-depth overview in a recent article he wrote on the site.

The main investors in Africa’s eCommerce sector according to Southwood are:

The largest among them is most likely Africa Internet Group and is represented in 23 African countries employing around 5,000 people. It has a varied portfolio of companies that includes Jumia (which is known as Zando in South Africa), Kaymu, Easy Taxi, and hellofood, just to name a few. 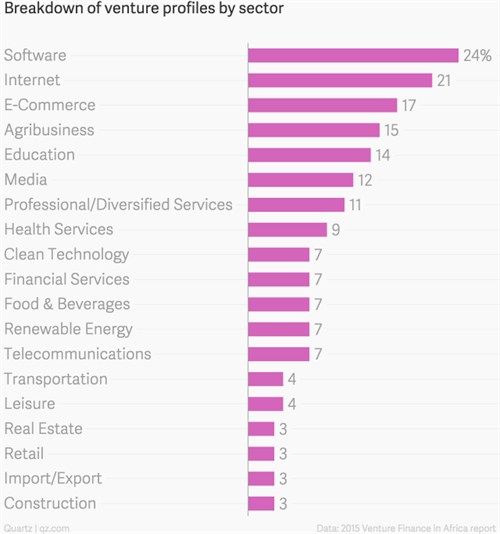 The leading countries of Africa’s eCommerce landscape include Tanzania, Kenya, Egypt, Morocco, Ghana, and Nigeria, but according to Africa Internet Group’s Managing Director Sacha Poignonnec, a surprising uptick can be seen in countries such as Cote d’Ivoire and Uganda.

Typically investors accept a certain level of difficulty as part of doing business in bigger countries because the markets are large and lucrative such as Ethiopia, Angola and Nigeria. But smaller countries are at a distinct disadvantage and have to make up for the lack of size by making it easier for investors to operate in their countries.

For example, Kenya, Senegal and Zambia get high scores for their ease of completing the business start-up process. Tanzania, even though an obvious investment target, is known for not making it easy to do business there and this may hinder further rapid growth. 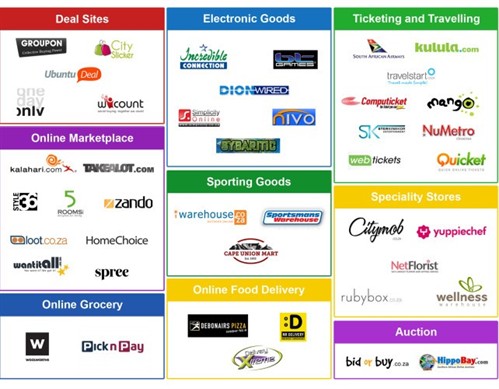 Using South Africa as an example, Mckend analyzed data about search with the intent to buy and concluded that although the query growth stood at 37% between 2013 and 2014, the commercial intent query base had grown by 55% which indicates a level of maturity with buying online that was not apparent a few short years back. He witnessed something similar in Nigeria where the searches for purchases increased by 39%.

When the market matures there is space for niche industries to take a foothold. Two trends that Mckend identified as particularly unique in South Africa’s e-commerce territory are what he called the recent “sock wars” with two major sock e-retailers fighting for market share, and NetFlorist who is in the market of selling fresh flowers. He concluded “Who imagines there’s enough volume in the local online environment that there can be such a niche service? All of this change and experimentation is important to see how big the market is.”

According to the same article, Google is now witnessing the massive increases in queries seen on a global scale in South Africa and Africa as a whole. The trend of “just shopping” with virtually no difference in on or offline mirrors what we have already seen happening with the international partners. However it also has to be noted that business in general needs to still focus more on their online presence and that the questions of online payment options still remain unanswered or are not being addressed adequately at times.

Overall the outlook is still positive and the prediction of a significant market surge by 2017 remains in effect.

As more and more African countries get connected to the internet, technological innovations will continue to open doors and provide new opportunities for eCommerce on the continent. The prospect of it happening in this decade is both fascinating and exciting. We will be watching the growing trends carefully and updating our readers regularly on what that means for global eTailers.