As a Rugby fan and player, I was thrilled when my country, Japan, (world rank #12) defeated South Africa (world rank #3). Considering Japan has won only one game in the last seven Rugby World Cup (RWC) appearances, this is a big upset in World Cup history. 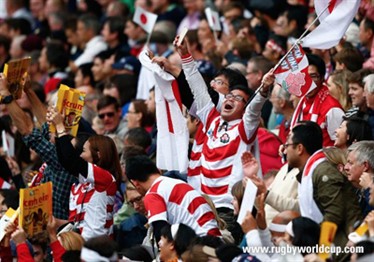 History of Rugby in Japan

Rugby was introduced to Japan by Professor Clerk at Keio University in 1899. The first game at Keio was held in 1901 against “Yokohama Foreigner” formed with British people who lived and worked in Japan. Since then, Japan’s long-standing goal has been to win against English and British teams, including New Zealand, Australia, and South Africa.

The Rugby World Cup (RWC) is held every four years, similar to World Cups for other sports. The first RWC was in 1987 and was jointly hosted by Australia and New Zealand.

The past seven RWC results are:

When translating or localizing Rugby documents, it’s important to have a basic understanding of the terms associated with the sport. A first step in translation projects is to develop a glossary of key terms. 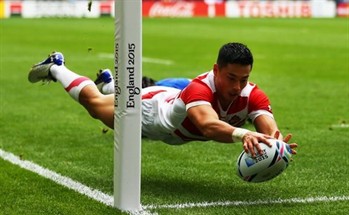 Rugby around the World

There are over 100 countries around the world that play rugby. Rugby is the 9th most popular sport, worldwide, with around 400 million fans. The Rugby World Cup, held every four years, has teams from 20 countries that compete. Japan’s recent win was a major victory for the team and their fans.

Japan has participated in the last seven RWCs and won only one game. At the last RWC, New Zealand defeated Japan by more than 100 points. Since then, the Japanese team has worked hard to improve. As of today, Japan has two wins and one loss.

Japan has one game left against the United States. The game is for third place. The top two teams in the RWC will advance to the final tournament. But even if Japan finishes with three wins and one loss they will not advance to the final round. Even so, all of Japan is proud of their national team’s accomplishment and will be much-talked about for a long time.