The Republic of Guinea’s economy is largely dependent on agriculture and mineral production. It is the world’s second largest producer of bauxite, and has rich deposits of diamonds and gold. Guinea’s mineral wealth makes it potentially one of Africa’s richest countries, but its people are among the poorest in West Africa.

This blog will focus on some brief, but important facts about the Republic of Guinea. 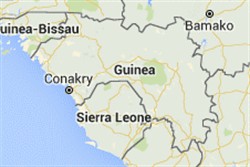 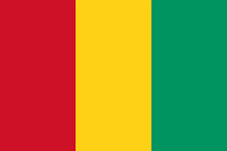 The biggest threats to Guinea’s economy are political instability, the continuation of the Ebolavirus epidemic, and low international commodity prices. Rising international donor support and reduced government investment spending will lessen fiscal strains created by the Ebolavirus epidemic, but economic recovery will be a long process while the government continues to fight the disease. The economic toll of Ebolavirus on the Guinean economy is considerable. Ebola stalled promising economic growth in 2014-15, and the economy will continue to stagnate in 2016, unless Ebolavirus is eradicated.

Recent political stability has renewed interest in Guinea from the private sector, however, a reputation for corruption, inefficiency, and limited government transparency, combined with fears of Ebolavirus, continue to undermine Guinea’s economic viability.

Guinea has considerable potential for growth in agricultural and fishing sectors. Soil, water, and climatic conditions provide opportunities for large-scale irrigated farming and agriculture. Possibilities for investment and commercial activities exist in all these areas, but Guinea’s poorly developed infrastructure and rampant corruption continue to present obstacles to large-scale investment projects.