The Québec Minister of Culture and Communications and Minister Responsible for the Protection and Promotion of the French Language, Hélène David, announced in May the Québec government will be publishing proposed amendments to the French language regulations to ensure the visibility of French throughout the province.

Québec is Canada’s predominately French-language province and 51% of residents speak French only.

It’s estimated to affect some 1,800 businesses who will have to provide a French description of the products or services offered in a way that’s permanently visible and shown in the same visual field as that of the sign in English. 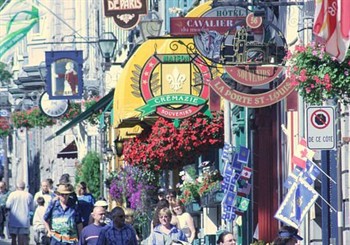 The following will be subject to the regulations (with some exceptions):

One of the exceptions is for trademarks that are proper names or names of places.

The regulations are subject to amendments during the 45-day public consultation period but once a final version of the regulations is published, it should come into force within 15 days. If it does, businesses have three years to comply or face a fine of up to $20,000.