Over half of all Facebook users don’t speak English, yet the majority of content on the platform is in English. With this in mind, Facebook replaced Microsoft Translator with its own artificial intelligence (AI) machine translation system late last year.

Facebook’s mission (as with most social networks) is to connect all people and nations and to do this they need to speak all languages. With 1.09 billion daily active users, and a projected growth of 16% year-on-year, it looks like their 10-year road map to achieve a totally connected world could become a reality. 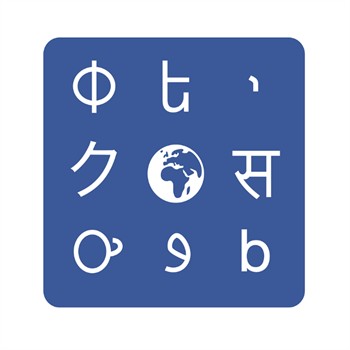 Approximately 84.2% of Facebook’s daily active users are outside the U.S. and Canada. Every minute 510 comments are posted, 293,000 statuses are updated and 136,000 photos are uploaded (Source: Facebook Company Info, The Social Skinny).

Facebook has been translated into over 90 languages, serving two billion text translations per day. The social media platform can translate across 40 languages in 1,800 different language permutations, like Arabic to English and vice versa. Around 800 million users, almost half of all Facebook users, see translations each month. (Source: Techcrunch).

With volumes like these, it is clear that human translation, even crowd-sourced, can’t keep up.

Five years ago Facebook started working with Microsoft Bing to power translations, but by the end of 2015 it was ready to roll out its own AI technology.

The biggest difference is Bing is automated and delivers word-by-word text but it can’t, for example, translate slang, idioms and metaphors or interpret nuances or colloquial language.

Facebook’s AI are cleaver machines that teach themselves tasks by interpreting large sets of data and attempt to understand natural language.

How Accurate Is It?

Below is an example of how Facebook is currently translating Arabic text using its own machine learning translation system. (Source: Facebook.)

While the French translation is more or less coherent, Facebook’s AI has a long way to go to understand the poetic nature of Arabic. In fact, if you input either of these messages into Bing Translator or Google Translate, the translations read much the same as the social giant’s new AI.

Currently Facebook automatically shows translations, asking users if they want to see the original. As they improve on translating, more languages will be shown translated by default.

Speaking at the May 2016 EmTech Digital conference in San Francisco, Alan Packer, Director of Engineering for Facebook’s Language Technology Team who work with Facebook AI Research, FAIR, says while statistical machine translation can produce technically accurate translations, they “don’t sound like they came from a human. They’re not natural, they don’t flow well.”

He admits that most of the two billion translations made per day are mostly still quite jumbled and that third party machine translation doesn’t work because of the informal nature of the language of Facebook (users are inclined to post as they speak).

It’s riddled with deliberate misspellings, idioms, colloquialisms and slang and differs from the formal language that makes up most of the rest of the text on the web.

At the beginning of June 2016, Facebook introduced DeepText, an AI engine built to understand the meaning and sentiment behind text on the social network by leveraging deep neural network architectures. By including “convolutional and recurrent neural nets”, it will attempt to perform word-level and character-level based learning.

Facebook said DeepText will understand with ‘near-human accuracy’ the textual content of thousands of posts per second in over 20 languages.

DeepText interprets what a post is about, interprets slang and words that carry several meanings and can recognize individual pieces of information such as names or game scores.  It looks at the relationships between words and phrases instead of looking at words in isolation.

Facebook’s Hussein Mehanna, Director of Core Machine Learning,  told Forbes that currently DeepText, set to be deployed at the end of the year, is about 20% more accurate than older generation technologies.

Where Will It End?

Director of FAIR, Yann LeCun, admitted in an article for Popsci that right now even the best AI systems fall short, but is convinced that AI is adaptive by nature and can be trained to understand the underlying semantic meanings of words, and the social context they’re used in.

Yet, Facebook and many others, including Google, are forging ahead. There’s no doubt that, should they get it right, AI translation can revolutionize the way people interact with each other all over the world and by viewing posts and comments across all languages with a click of a button or tap of a finger, it will remove major communication barriers and give brands the opportunity to connect with faraway markets.

It remains to be seen how accurate AI will ever get, and when.