Gabon, officially known as the Gabonese Republic, is a beautiful country on the western coast of Central Africa. Located on the equator, it shares borders to the northwest with Equatorial Guinea, to the north with Cameroon, on the east and south with the Republic of the Congo, and to the west with the Gulf of Guinea.

This blog will cover brief, but important facts for anyone currently doing business in Gabon, elsewhere in Africa or are planning to do so. 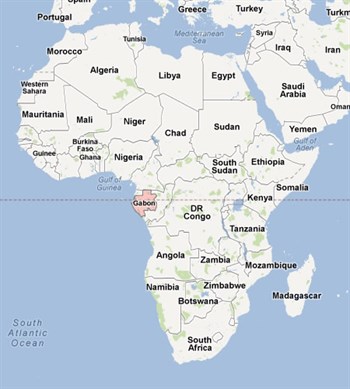 The official language in Gabon is French. There are also other languages, including: Fang, Myene, Nzebi, Bapounou/Eschira, and Bandjabi. The local national language is Fang, and it is spoken by 32% of the Gabonese people as a mother tongue.

It is worth mentioning that Gabon has more than 10,000 expats from France living and working there, therefore, French culture is influential in Gabon.

Since its independence in 1960, Gabon has been led by only three presidents. The first president was El Hadj Omar Bongo Ondimba. He was one of the longest-serving presidents of a state in the world. He dominated the Gabonese political scene for four decades (1967-2009). President Bongo introduced a multiparty system in addition to a new constitution by the early 1990s.

The name of the country “Gabon” originates from the word gabão, which is a Portuguese word meaning “cloak”. It is roughly the shape of the firth of the River Komo by Libreville.

The Gabonese Republic was a non-permanent member of the UN Security Council for the 2010-2011 term. 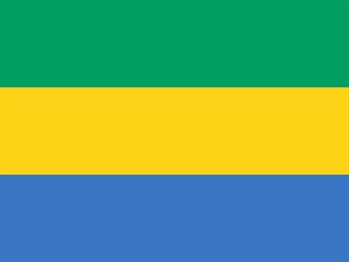 Gabon has a per capita income four times that of most sub-Saharan African nations, however due to the high income inequality, a large portion of the Gabonese population remains poor. Gabon has relied on manganese and timber exports until offshore oil was discovered in the early 1970s. In the period from 2010 to 2014, oil accounted for approximately 80% of Gabon’s exports, which represents 45% of Gabon’s GDP, and 60% of the revenues of its state budget.

However, poor fiscal management and an over-reliance on oil has suffocated the economy. There are frequent power cuts and shortages of water. President Bongo has exerted efforts to increase transparency so that Gabon will be a more attractive investment destination in order to diversify the economy. Bongo has attempted to increase the growth through raising the governmental investment in infrastructure and human resources.

The government in the 1990s embarked on a program that was focused on the privatization of its state-owned companies in addition to administrative reform that included reducing employment in the public sector and salary growth, the new government has expressed a great commitment for working towards an economic transformation of the country.

The small population in Gabon, plentiful natural resources, and considerable support from the foreign countries have helped make it a more stable country in Africa. The oil and energy fields represent opportunities for companies to benefit from Gabon’s rich natural resources.