Portugal, officially known as the Portuguese Republic, is a country located in the southwestern part of Europe on the Iberian Peninsula. It is bordered by the Atlantic Ocean and Spain.

Portugal is one of the oldest nation-states in Europe and throughout history it has been fought over numerous times. Portugal was established as a country after the Christian Reconquista against the Muslim Moors who invaded the Iberian Peninsula in 711 and occupied most of the region. The establishment of the kingdom was recognized in 1143 and its borders were settled by 1249. Portugal became a global empire and was one of the world’s major economic, political and military powers. 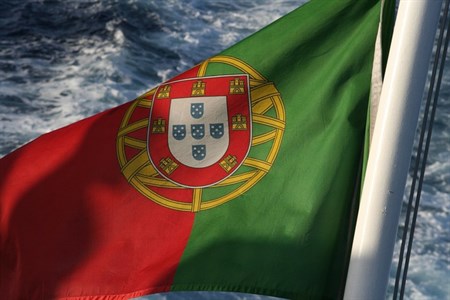 Portugal developed its own culture, although it was influenced by the various civilizations that crossed the Mediterranean and the European continent during the Age of Exploration. The culture is a unique mix of Islamic and European traditions.

Religion in Portugal was formally separated from the state in 1910 and this was confirmed in the Portuguese Constitution of 1976. Portugal is a secular state.

According to the CIA World Factbook, 84.5% of the population are Catholic. Most Portuguese holidays, festivals and traditions are of Christian origin or significance. Portugal also has Muslim, Hindu, Sikh, Baha’i, Buddhist and Jewish groups of people.

The Portuguese cuisine is varied with each region enjoying its own traditional dishes. The Portuguese consume a lot of dried cod (bacalao) and two other popular fish dishes: grilled sardines and caldeirada, a potato-based soup made with several different types of fish, meat and vegetables.

Portuguese wines have been recognized internationally since the time of the Roman Empire, which linked Portugal to Bacchus, the Roman god of wine. The country is known today by wine lovers and the country’s wine has won numerous international awards.

As we have pointed out, Portugal experienced a succession of different types of rulers and systems of government, which has resulted in a unique mix of cultures and traditions that distinguishes it from many surrounding European countries.