Portuguese is a “Neo-Latin” or “Romance” language that developed from Latin. It is written using 23 or 26 letters of the Latin alphabet. It is spoken by more than 250 million people in Portugal, Brazil, Tanzania, Zanzibar, Malaysia, Malacca, in the former territories of Portuguese India (Dadra and Nagar Haveli, Diu, Gogol, Simbor, Isle of Angediva, Daman and Goa), São Tome and Principe, Mozambique, Macau, Guinea-Bissau, Cape Verde and Angola. 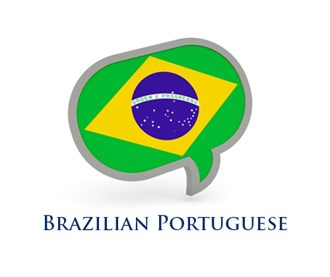 In this blog, I would like to discuss some tips related to Brazilian Portuguese translations including grammar, sentence length, DTP related “issues” and more…

Tips for grammatical structures when translating

Brazilian Portuguese may be up to 30% longer than the English text. This may cause some problems, from increasing the number of pages in a document due to text reflows to resizing issues in a text box in UI for software, for example.

Longer text or expansion is also an issue with the Portuguese language. This happens as well in many languages, like Spanish, Italian, French and German. You will probably have a longer document, graphics and text boxes and the document or UI may need to be adjusted, as well as the page breaks, accentuation and graphic signs may be corrupted, among other things.

Degree of difficulty in translation

Portuguese or Brazilian Portuguese are not more difficult than any other language. However, it is necessary to keep in mind that the text will be longer than in English, as we mentioned before. In some cases, this may cause serious issues (for example, translating a text that will show in a small LCD display). The translator should be aware of this in order to keep the text as short as possible. Sometimes, there is simply no room for a sentence or a word, and the translation will have to be abbreviated. This of course does not look very good for the client, but sometimes it is the only solution.

Dates are represented in day/month/year format; in Continental/African Portuguese, months of the year and days of the week are capitalized, whereas they are not in Brazilian Portuguese. Time is represented using a military 24-hour format and not with a.m./p.m.

Differences between European and Brazilian Portuguese

Brazilian, African and European Portuguese have meaningful differences as they not only differ in spelling but also in the use of verb tenses and terminology. The use of European Portuguese is unacceptable to Brazilians in many situations, and vice-versa. The choice of words can be completely different between the two languages, resulting most of the times in weird or “laughable” expressions; particularly in technical texts, where even the choice of “borrowings” are different as well.

From the localization point of view, and in most subject matters, a text translated for one target country can be edited (adapted) for another one. The problem with this solution however is that it may not be a very cost effective one since the changes are usually very extensive and the time required for adapting the text for the other market might be longer than the time required to do a regular editing. So in this case, a translation from scratch would be advisable.

Unlike Spanish, for example, there is NO such thing as standard Portuguese so at the time of hiring a translation agency for your Portuguese translation needs, you should be aware of the existence of regional differences among Portuguese speakers and require that your software, documentation or website product be localized by native speakers of the specific market where the product is going to be used.

Use of the “new” Portuguese

Everybody in Brazil is using the new Portuguese, which is mandatory since 2012. In Portugal, it started in 2009 and will be in a transition until 2015.

When localizing your Brazilian website into the Portuguese language, it is important to research cultural and linguistic issues for the specific market that you are targeting. Keyword list localization is a very different process from standard translation. You should ensure that your SEM and/or Localization Agency has the experience and understands the requirements for performing this service so that they can provide you with appropriate localized Brazilian Portuguese keywords. This will ensure that your Brazilian Portuguese content is optimized for Brazilian search engines and will produce maximum results.