Diwali or Deepavali, commonly known as the Festival of Lights, is one of the major festivals celebrated by more than a billion people across India. During the festival, Indians light up their houses as a symbol of protection from spiritual darkness. The name Diwali is derived from the Sanskrit word ‘’Dipa’’ which means light, lamp, and candle and ‘’Avali’’ means to be in a row, series, or continuous line. 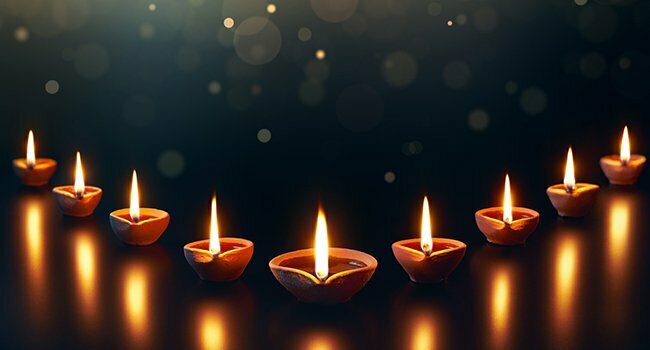 This 5 days festival is filled with celebrations including lighting up houses, streets, and buildings, the preparation, and sharing of traditional Diwali sweets, making Rangoli, which are colorful patterns made on the ground using colored powders, shopping, and visiting family and friends. The preparation for Diwali normally starts a week before the celebration.

Diwali is celebrated widely across India by a majority of Hindus, Sikhs, Jains, and Newar Buddhists. The festival has many interpretations of different historical stories among religions, however, the message for the celebration is common for all: good triumphs over evil.

For a majority of believers, Diwali honors the arrival of the goddess Lakshmi, the goddess of wealth. The row of lights is meant to guide the goddess in finding her way to people’s homes and bless them with prosperity for years to come.

India is one of the most religious countries in the world and home to billions of people with different spiritual beliefs. As the years go by, the country sees more people from different religions enjoying Diwali by spreading its message of joy and light around the world. Interestingly, it is not only celebrated in India, but in other countries like the United Arab Emirates, United Kingdom, United States, and others. This has encouraged Indians to celebrate their biggest festival with firework displays, lighting up their houses, streets, and prominent places.

Fun fact, in the UK –Leicester City is known to host the largest Diwali celebration outside of India. Tens of thousands of people come to celebrate each year, except in 2020 when it was done virtually. Apart from the social and cultural celebrations, many Hindus living inside and outside of India visit their place of worship, known as Mandirs (Temple) to offer their prayers. Temples are decorated with flowers and lights creating an eye-pleasing and spiritual experience for its worshipers and visitors.

From their childhood years, Diwali is a festival that Indian families will always look forward to. Schools would be closed for about 10 days, children would get new clothes and gifts from their parents and relatives, a lot of sweets, bursting firecrackers, and much more. Diwali has always brought light and happiness around the community and played an important role within the Indian culture, allowing people to come together regardless of their cultural differences and beliefs. You might find it interesting that many people find Diwali a reason to mend their rifts between each other and become friends to celebrate good over evil.