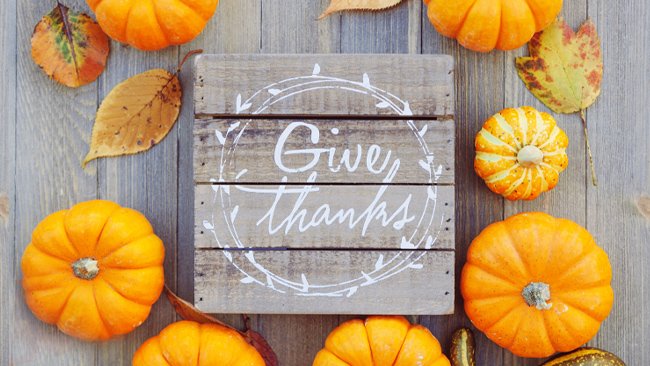 The first Thanksgiving occurred in 1621 when the pilgrims, gave thanks to God for their first harvest in the New World (North America). Foods from their harvest, like cranberries, corn, and root vegetables, were shared with the Wampanoag Native Americans who introduced these indigenous crops to the new settlers. It was on Thursday, November 26, 1789, that President George Washington first proclaimed the day as “a day of public thanksgiving and prayer.”Thanksgiving has been officially celebrated in the US since 1863 when President Abraham Lincoln declared the final Thursday of November a public holiday

The foods shared at the first Thanksgiving and many more regional, traditional foods are shared on the modern US dinner table. From cornbread to mashed potatoes and gravy to pies, many families have their traditional foods that “make” the meal. And of course, we can’t forget the turkey. More than 90 percent of Americans will eat turkey on Thanksgiving Day.

The idea of giving thanks and the theme of the harvest are universally recognized across cultures. Ancient Greeks and Romans honored their respective goddesses of corn and grain in a three-day autumn festival. In Asia, modern Chinese families, like their ancestors, welcome the harvest moon with feasts and moon cakes during the Chung Ch’ui festival. And in India, especially in Goa, Thanksgiving is known as ‘Ladin’ or ‘Ladainha’ and is the holiday when Indian families give thanks for their material and spiritual blessings.

Modern day Thanksgiving has evolved into a celebration synonymous with food, family, parades, American football… and of course the US Black Friday shopping frenzy. Though consumerism has seeped in a bit, Thanksgiving is still personally my favorite holiday for the simple reason that it is founded on gratitude. It is a time when we think less of ourselves and more of others.

In that vein, we at GPI would like to pause this week and give thanks to the businesses and people we’ve had the opportunity to work with this year. Like localization, gratitude knows no boundaries. Happy Thanksgiving!

To learn more about Thanksgiving traditions around the world, see: