When I was growing up, pizza toppings were commonly traditional, like pepperoni, mushrooms, mozzarella cheese, etc. Then about 25 years ago, pineapple became a topping that surprised people and became popular in the U.S. Only recently have pizza topping options in the U.S. become more exotic.

I thought it would be interesting to see what pizza toppings around the world look like.

Pizza Toppings Around the World

While I generally haven’t met a pizza I didn’t find appetizing, I’m not so sure I would be ordering it in Russia where Mockba is popular. Mockba is a mix of fish with onion and served cold. In Japan, you can expect to see eel and squid as popular pizza toppings. The Japanese also enjoy a mix of mayo with potatoes and bacon on their pizza, which they call Mayo Jaga. 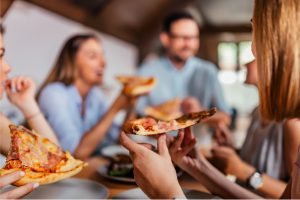 When was the last time you had a craving for kangaroo on your pizza? What, your favorite local pizza restaurant doesn’t offer kangaroo? Well, then you may need to travel to Australia to satisfy that craving where it is a common topping.

I have heard of Asian countries topping their pizza with bananas, but I recently learned in Sweden they do that as well. They take it to another level by adding curry powder with ham and cheese. That may not be my perfect pizza, but to each their own. 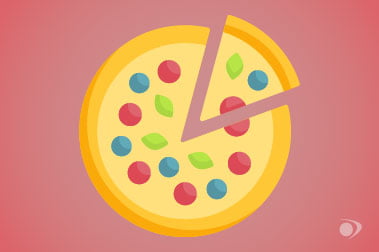 Pakistan has a few pizza toppings that sound very flavorful. They use curry and other spices to kick up their tikka and achari pizzas, which include chicken. Their neighbor, India, also has similar offerings.

Costa Rica enjoys coconut on their pizzas. I am not a huge fan of coconut, but I know many people who are, and I’m surprised this is not a popular topping in more markets.

Pizza no matter the shape, type, or toppings is enjoyed the world over. It is wonderful that while the traditional pizza toppings in the U.S. are so good, the world has innovated to show how many other options can be just as special and worth considering on that next take-out order or for your homemade pizza night.