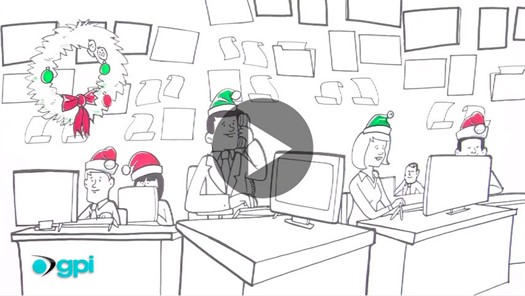 December 25th is fast-approaching and the hustle and bustle of the Holiday season is in full swing. Christians are preparing to celebrate the birth of Jesus Christ, the spiritual leader whose teachings form the basis of the Christian religion. The foundations of this holiday are religious, but non-Christians also celebrate Christmas as a secular holiday.

The modern Christmas we celebrate today is a combination of religious and secular traditions from people around the globe. Traditions range from attending church services, exchanging gifts, singing carols, decorating trees, sharing food and drink with friends and family, and in the Ukraine a twelve-course meal is prepared and eaten once the evening star appears in the sky.

As a translation company, GPI is interested in learning about how people across languages and regions celebrate Christmas. We specialize in understanding other cultures and the languages people speak.

People from many locales, speaking many languages have various beautiful ways of celebrating.  In this blog, I will explore a few of the traditions from cultures around the globe. 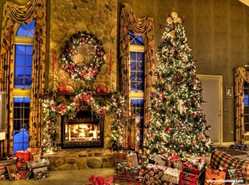 My roots reach back to Norway, so Scandinavian traditions hold a special place in my heart. Norway is the birthplace of the Yule log. The Yule log was used in ancient Norse celebrations for the return of the sun at winter solstice.

It was believed that the sun was a great wheel of fire that rolled towards and then away from the Earth; ‘Yule’ comes from the Norse word hweol, meaning wheel. This is why you see so many Christmas scenes with the family fireplace as a central part of the picture. 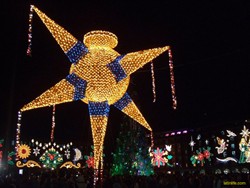 In Sweden, as well as Finland and Denmark, the Christmas season begins on December 13th with the celebration of St. Lucia Day, which is sometimes referred to as ‘little Yule’. Lucia comes from the Latin word from light, and as such, light is an integral theme of this celebration.

Traditionally, homes were brightly illuminated and any fishing was done by torchlight. In the evening, people would carry torches in a parade, which would end by throwing the torches in a pile of straw creating a large bonfire.

The word ‘carol’ comes from a Greek dance ‘choraulein’, which was accompanied by flute music. The dance spread throughout Europe, and the French replaced the flute music with singing. By the 1600’s, carols involved singing only, and Christmas became the main holiday for carols.

On Christmas Eve, Greek children sing carols from house to house as a way of blessing the houses. The songs are often accompanied by small metal triangles.

I am familiar with Krampus, the Christmas devil with origins in Germany, but Greeks believe in their own Christmas menace, Killantzaroi. Killantzaroi are terrible half human, half animal monsters who appear during the twelve day period between Christmas and the Epiphany (January 6th.) The creatures emerge from the center of the earth and wreak terrible destruction to unprepared homes.

One way Greek families protect their homes and families from the Killantzaroi is to set out a shallow wooden bowl with a piece of wire suspended across the rim where a sprig of basil wrapped around a wooden cross hangs. A small amount of water is kept in the bowl to keep the basil alive and fresh. Once a day the basil and cross are dipped into holy water and then used to sprinkle water in each room of the house for blessings and protection. 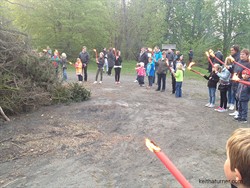 In Mexico, Christmas celebrations begin December 16th.  From the 16th through Christmas Eve, children perform the nine ‘Posada’ processions. Posada is Spanish for inn. These processions celebrate the part of the Christmas story where Joseph and Mary looked for a place to stay.

During these celebrations houses are decorated with evergreens, moss and paper lanterns. Children go to the houses of friends and neighbors and sing songs about Joseph and Mary asking for a room in the house.

Ethiopia uses the Julian calendar so they celebrate Christmas on January 7th.  The Ethiopian Orthodox Church’s celebration of Christ’s birth is called ‘Ganna’.

The day before Ganna, people fast all day. The next morning everyone dresses in white with a shamma, a cotton wrap with brightly colored strips, and then attend church.

Ancient traditions call for Ethiopians to enter the church carrying a candle which they light once they get inside. They circle the inside of the church three times and then take their place and stand for the three hour Christmas service.

Twelve days after Ganna, on January 19th, Ethiopians begin Timkat, a three day celebration as a reminder of the baptism of Jesus Christ.

Christmas is a wonderful time of year for Christians and non-Christians to celebrate a time of peace, joy, cheer and light with friends and family.  All of us at GPI want to wish you and your loved ones a very Merry Christmas and Happy Holidays.