The Talmud, a central text of Rabbinic Judaism, is so complex that it has rarely been translated. The text is translated into English, German and Modern Hebrew, and now, there is an Italian translation.

After five years of translation work done by linguists and scholars, “Project Talmud” has now become a part of Italian history. Consisting of over 2,700 individual pages of Hebrew and Aramaic, the Talmud was written over 1,500 years ago.

This project was launched by the Italian government, and thanks to sufficient funding of five million euros, the team grew to over 80 people throughout the duration of the project. 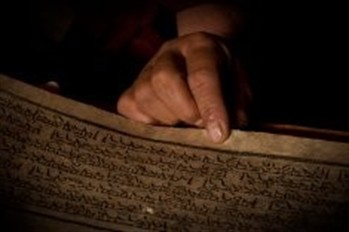 What is interesting to note is the inclusion of technology in this project. Translators worked with a collaborative web application designed by the Institute for Computational Linguistics of the National Research Council. The application, Traduco, (meaning: “I translate” in Italian) was specifically designed to support ancient text translation through the use of computational linguistics and advanced software technology.

This new software was designed to translate interpretations of the text, as exact translation of the Talmud is not possible with the use of modern language. Another benefit of this software is the ability for multi-user access, allowing more than one person to work on the project at the same time.

The time in which this project was completed is a positive nod in the direction of modern technology, as the Modern Hebrew translation of the Talmud took 45 years to complete.

To read more, please see: Italians, Helped by an App, Translate the Talmud.