Market researcher App Annie estimates that, due to increased usage of apps and greater smartphone adoption, in 2016, the global mobile app market is projected to expand 24% to reach $51 billion in gross revenue across all app stores.

Businesses planning to make apps a part of their marketing strategy should include mobile app translation and localization in the plans from the get go to meet global demand. Business sectors that have seen significant growth in their business via their localized apps include social media, dating, banking, games, food delivery, sporting events, retailers and airlines. ( Venturebeat)

For example, after localizing their WhereAreYou app in 2013, tech startup coANDco.uk saw around 300-400 downloads per day worldwide.

Coca-Cola similarly customized its app content for a country-specific audience with its hugely successful  Chok! campaign, directly aimed at Hong Kong teenagers, by using their slang and appealing to their love for fun, interactive apps. 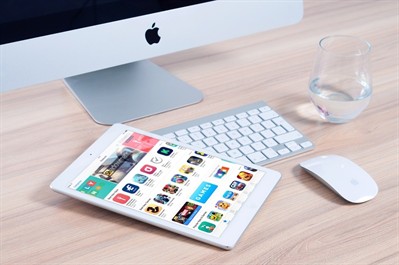 1. Reach new markets in foreign countries. Providing your app in a country’s native language can increase your market share and ultimately revenue.

2. Translating and localizing keywords and metadata allows brands to enhance the visibility of their app and their brand, in relation to specific keyword phrase searches in app stores.

3. Localized app content increases engagement, which is one of the most important benchmarks of successful marketing and lead generation.

4. It positions you as a tech-savvy business leader and puts you ahead of your competition.

5. It enables you to interact directly with your customers regardless of time or location. You can do this with push notifications, special offers and app-exclusive vouchers and coupons relevant to the target market.

According to Nanjing Marketing Group, there have been recent updates in China for mobile game developers. A new mandate from SAPPRFT, effective July 1st, requires all mobile games to be pre-approved.

The CAC, also added new regulations, effective August 1st, for app developers and app marketplaces for collecting, storing, and using a player’s personal data. According to Gamasutra, “the CAC is requiring developers to ensure the identity of registered users, obtain their consent on using and collecting personal data and any other information from the mobile device, and set up practices for inspecting user-generated content.”

These new regulations have implications for domestic and international developers. In China, this may have detrimental effects on small to mid-sized app developers as the cost of doing business will increase. Internationally, there has been a sort of app store loophole in China, as Apple’s App Store was able to bypass the required government approval. This will no longer be the case.

Mobile penetration will continue to grow in markets around the world and I expect mobile apps to become an even bigger part of everyday life, worldwide. As mobile use grows in global markets it’s increasingly important to include mobile app translation and localization in app development strategies.