The Arabic language is a Central Semitic language and a member of the ancient language family containing Aramaic, Hebrew, Ugaritic and Phoenician. Arabic is the official language of 26 countries with 295 million speakers.

Although Modern Standard Arabic (MSA) is distinct and more conservative than its spoken dialects, they coexist together in an environment known as diglossia. Diglossia is when a language has different written and spoken varieties, and it is not always spoken the way it is written. MSA and spoken Arabic dialects are used for different social and cultural contexts.

Arabic is a complex written and spoken language which makes it difficult to translate. In this blog, we will cover some important facts for anyone planning to translate their content into Arabic.

Arabic is a right-to-left language (RTL) and its alphabet contains 28 letters.

I have translated, revised, and proofread many Arabic translation projects, and it was not easy to apply common translation standards for Arabic. In many cases, you may find three or more different translations for the same source piece of text; all of them considered correct. When you try to convince a non-Arab client this is not a consistency issue, rather a stylistic variation, there is confusion.

The below facts about the Arabic language illustrate this dilemma. A comparison was made between the most prevalent four languages in the world. From each language, the number of unique words were extracted. The conclusion shows why Arabic translations have a huge amount of true-positive inconsistencies: 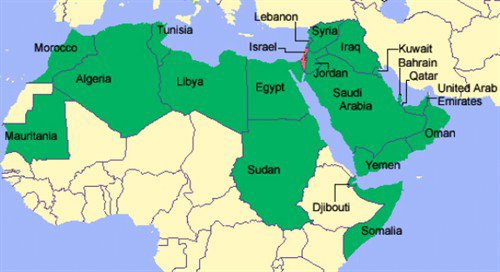 MSA, based on Classical Arabic, is the standardized and literary form of Arabic used in writing and in most formal speech. It is one of the six official languages of the United Nations. Most of the printed material in the Arab League, including books, newspapers, magazines and official documents are written in MSA.

Differences between MSA and Arabic dialects include different pronunciations for the same letters and spoken Arabic dialects have simpler grammatical structure and are much more casual.

Expert Arabic translators know they cannot conduct the same translation for different Arabic audiences. Translators will use the style of Arabic best suited for the target audience. Some of these dialects have different words denoting the same concept, some of which may sound strange to another Arab who uses a different dialect.

Spoken Arabic can be broken into these main dialect groups:

The top 10 countries with the most Arabic speakers are:

Arabic is a very difficult language to translate. There are over twelve million unique words in the language and numerous ways to say the same thing. The right-to-left orientation, the script, and the many dialects of the millions of speakers means enlisting a native speaking, professional Arabic translation team familiar with the specific target audience is essential to translating and localizing your content in an appropriate and culturally correct manner.