On July 9, U.S. President Barack Obama spoke to representatives at the NATO Summit in Warsaw, Poland on a number of relevant topics including Brexit and globalization. 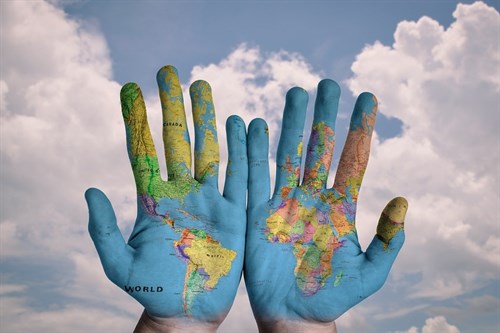 He remarked that the main drivers of a globalized, integrated world are advances in technology, the mobility of capital and the growing global supply chain.

Earlier, on June 24, he spoke at the 7th Annual Global Entrepreneurship Summit (GES) at Stanford University, praising multicultural youth whose desire for innovation is creating the jobs of the 21st century and is helping lift up entire populations.

He emphasized how entrepreneurship is the key to embracing the benefits that come with globalization, saying, “And part of our job is to make sure that we put more tools, more resources into the hands of these folks who are changing the world and making sure that all of you know each other, so that you can share best practices and ideas and spread the word.”

To this end, the U.S. Patent and Trademark Office at the Department of Commerce launched its online Global Entrepreneurship Portal to provide U.S. innovators and businesses the knowledge, tools, and guards necessary to protect their technologies and navigate intellectual property regimes in foreign countries as they scale their businesses across borders and markets.

In a Whitehouse.gov press release, the Department of Commerce said that the Global Entrepreneurship Portal will arm innovators, from solo inventors to Fortune 500 companies, with tools to facilitate exports and empower global expansions.

Benefits to be gained by global integration are widely acknowledged and include access to foreign markets, free trade, bigger competition between companies that lowers prices for consumers, new job creation and the flow of technology and capital into poor countries.

However, Obama warned that it should be done responsibly or we risk increased inequality, people being left behind and reaching a situation where “workers have less leverage while capital has more”.

He proposes that a careful economic plan for transition will ensure wages are high enough and that social healthcare and pensions are taken care of for all. If this isn’t done, he warns, there will be a backlash towards globalization.