The Democratic Republic of the Congo (DRC) is located in Central Africa and is the second largest nation in Africa by area, and the fourth largest by population. The DRC has a wealth of natural resources, including over 1,000 minerals and precious metals. However, due to political instability, advisories still warn against traveling to the country; it has the world’s largest UN peacekeeping force.

In this blog, I will briefly cover the demographics, languages, culture, consumers and future of the Democratic Republic of the Congo. 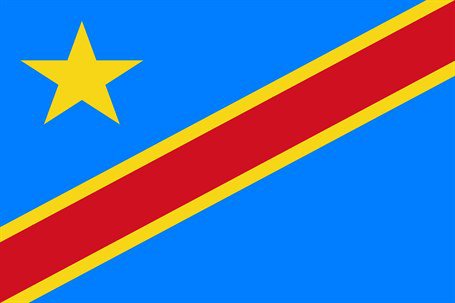 According to African Development Bank Group (ADBG) “To strengthen the economy’s stability and resilience to shocks, in January 2016, the government adopted 28 urgent measures, and as part of the strategic national plan for development (PNSD) currently being drawn up, it decided to diversify the country’s economy and to broaden the value creation chain.”

After suffering through decades of war and corruption, the DRC is trying to take steps towards reform and utilize their abundance of natural resources to become one of the richest countries in Africa, but they still have a long way to go.

During the first years of its independence after 1960, the Democratic Republic of the Congo made a big industrial jump and was ranked as the second industrial country in Africa, after South Africa. Then, a series of wars, corruption and political unrest put the DRC among the world’s lowest. Now, even with their immense natural resources in mining and agricultural, and the new reforms in the various income sectors, the economy still has not achieved meaningful structural transformation, but hopefully will in the near future.

Feel free to review our blogs and eBooks that are particularly relevant:

Please feel free to contact GPI at info@globalizationpartners.com with any questions about our translation services. Also let us know if you have any interesting topics you would like us to cover in future blogs. You may also request a complimentary Translation Quote for your projects if you are considering a specific translation project.