The Malayalam (മലയാളം) language’s name originated from nature. Mala means mountain and Alam means land or place. Malayalam belongs to the Dravidian family of languages and is spoken by approximately 38 million people across the world. Among the four Dravidian languages, Malayalam was one of the last evolved languages and was derived from Tamil, which is one of the oldest languages known to the world.

The majority of speakers come from the south Indian state of Kerala and from the Lakshadweep Islands (Laccadives) from the west coast of India. It is also spoken in the neighboring states of Tamil, Nadu and Karnataka. It is one of the 22 recognized languages in India and was also designated as the Classical Language of India in 2013. Records show that the oldest written record of Malayalam is the vazhappaLLi inscription from 830 A.D. 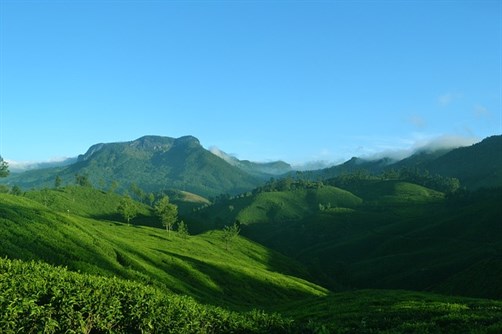 The Malayalam script, known as kolezhuthu (Rod-Script), is derived from the ancient Grandha script. The language includes 53 characters with 37 consonants and 16 long and short vowels. However, a new style of writing was introduced in 1981, which helped reduce the number of characters radically. It is very easy for “Malayalees” (speakers of Malayalam) to speak, read, write or understand this language, but it is difficult for an NRI (non-resident Indian) to understand due to a different script and style of writing.

Malayalam is the primary language for only one state of India, but it has various dialects among the native speakers. The differences are easily evident in accent or vocabulary and differ due to religion, community and status.

As with many other world languages, Malayalam borrows some of its vocabulary from other languages. Its vocabulary has several words borrowed from Sanskrit, English and Portuguese.

There is a saying in India that you will find a person from Kerala in almost every corner of the world and due to the same reason, the language has found its way abroad. Many universities around the world teach Malayalam, including in the United States.

Many visitors to India travel to Kerala, which is known as “God’s country”. This phrase will not disappoint you when you see the amazing mountains, lakes and scenic beauty. Learning a little Malayalam will help you communicate with the people who live in this beautiful place. Start with a Namaskaram (hello) and always end with a Nanni (thank you).