India has 1.3 billion people, 29 states, seven union territories, 1652 spoken languages, at least nine recognized religions and still stands united. It was the fastest developing country in 2016, and is only second to China in 2017. 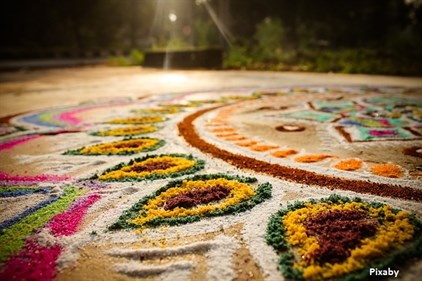 What sets India apart from other countries is its variety of languages, religions and traditions across its regions. India has 22 official languages, and according to the census, the total number of mother tongues spoken in India is 1652. However, only around 150 languages have a sizable speaking population. Citizens are taught to read, write and speak at least three to five of the languages.

Even though English is not a primary language in India, it is the second largest English speaking country in the world. Common English words such as mother, brother and committee are derived from the very old Indian language, Sanskrit. Sanskrit is one of the oldest languages on earth.

According to World Atlas, the top ten languages with the most speakers in India are:

Besides the number of languages, the cultures and traditions of India are another thing that set it apart from the rest of the world. As I mentioned earlier, there are several recognized religions in India and India is the birthplace of Hinduism, Buddhism, Jainism and Sikhism, which are known as the Indian religions.

India is also credited with some of the greatest advancements in architecture, mathematics and medicine. As evidenced by the Taj Mahal, the invention of zero and Ayurvedic medicine.

Below are some interesting facts about Indian culture:

It can be very hard for someone to believe that this country has shown a powerful message of unity when each and every one of its many religions and cultures has varying aspects. But, Indians respect each other and believe in the development of the country and evolution of their cultures. The future generations might not follow the age-old traditions, but they will certainly continue the message of unity and its varied heritage.