XML Path Language (XPath) is used to identify, address and navigate through parts of an XML document. An XPath expression can be used to search an XML document and extract information from anywhere in the document.

Currently, you can use different versions of XPath: 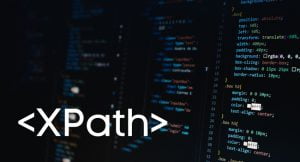 How Does XPath Work?

XPath interprets the XML document as a sequence of elements arranged in a tree structure. Each of the elements present in the structure of a file is called nodes. The categorization of the nodes is defined both by the order of appearance in the document and by the relationship of each of the XML elements.

An XPath expression is a text string that represents a path in the document tree. The simplest of the expressions look like file paths as seen in Windows Explorer or the Linux shell.

The axis allows us to select a subset of document nodes and corresponds to paths in the document tree. Element nodes are indicated by the element name.

The predicate is enclosed in brackets, following the axis.

[@attribute]: selects the elements that have the attribute.

[number]: if there are several results, select one of them by order number; last () select the last of them

[condition]: selects the nodes that meet the condition.

The following operators are allowed:

Comparisons can be made between node and attribute values or with text or numeric strings.

Where is XPath Used in Localization?

XPath can be used in the localization process for creating custom file types in Trados. With the appearance of new formats, which sometimes aren’t compatible with Trados, the creation of new filters is sometimes indispensable for processing files. With XPath, it’s possible to create new filters for XML files without the need to learn regular expressions. Trados supports the XPath specification 1.0, so you must use expressions from this version of XPath.

You can play around with XPath and its expressions in an online XPath tester. The HTML strip XPath tester has examples and supports XPath 1.0 and 2.0, so it’s a good one to try.

If you prefer to explore something locally, you can use the Notepad++ plugin called “XPatherizer,” which allows you to analyze multiple XPath queries, verify and improve XML documents, and more.

XPath is a useful tool in the localization industry as well as for developers and authors working in XML.