Ramadan is the most wonderful time of the year for Muslims. It is the ninth month of the Hijri calendar called Ramadan month, it starts and ends with the appearance of the crescent moon. It is observed by Muslims worldwide as a month of fasting, prayer, reading Quran, and gathering.

Some Ramadan rituals remain the same regardless of where you are or live, like reading Quran, abstaining from eating and drinking, decorating homes, etc. Every Ramadan-observant country has its own festive traditions for making the season more special. 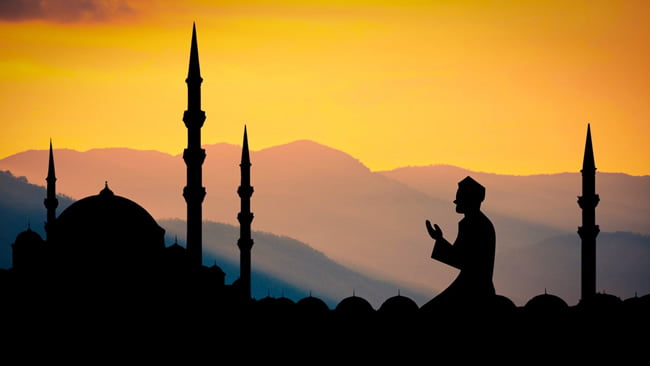 Below are some of the different Ramadan traditions and how Ramadan is celebrated differently around the world:

On the 15th of Sha’ban, the month before Ramadan, the tradition of Haq al Laila similar to trick-or-treating takes place. This day, which is observed in many Gulf nations, sees children dressed in bright apparel walking their neighborhoods, collecting sweets and nuts in tote bags known as Kharyta, all while singing traditional, local songs. As children eagerly receive their gift, the chant “Aatona Allah Yutikom, Bait Makkah Yudikum” reverberates through the streets, translated from Arabic means “Give to us and Allah will reward you and help you visit the House of Allah in Mecca.”

This ceremony is regarded as a part of Emirati national identity in the United Arab Emirates. This festival is a throwback to simpler times and emphasizes the need for strong communal relationships and family values in today’s modern society, which is often described as more alienated and independent.

In Kuwait, as in the United Arab Emirates, they have a three-day celebration in the middle of Ramadan, in which children knock on the doors of their neighborhood homes and singing for the sake of sweets and chocolates, this tradition called Qarqia’an.

Also, in Kuwait, they have a special day known as Al-Kareesh, which is the last day before Ramadan, where the entire family gathers for lunch before beginning to fast.

The Ramadan lantern ‘Fanous’ marks the start of the Ramadan season across Egypt. ‘Fanous’ is placed in people’s windows, balconies, and front yards. Additionally, children walk around the city swinging their ‘Fanous’ and happily sing ‘wahawi ya wahawi’ a folkloric song commemorating the beginning of Ramadan, and ask for gifts and sweets.

Fanous has become such a popular ritual that entire towns and cities across the country are now lit up with extravagant displays.

The sahur drummers “Mesaharaty” are probably one of the most ancient and joyous Ramadan traditions. They go around the streets of Turkey with their davul waking up people in time for suhoor, the light meal Muslims have before they begin their dawn to dusk fasting. This is a Turkish and Islamic tradition. Drummers dressed in traditional garb, including a fez; sing in the streets, knocking on people’s homes twice throughout Ramadan and asking for “bahşiş,” or tips.

Turkish culture, with its rich heritage from the Ottoman Empire, is closely linked to Islamic culture.

The deep-rooted cultural practices of each country are often reflected in their people’s beliefs.

Padusan is a tradition among Indonesian Muslims living in Java. Padusan is a Muslim ritual that purifies the body and soul by bathing in natural ponds in the city. This is done in preparation for Ramadan month.

Ramadan is a very special month for Muslims and the holiest one. It is in full swing around the world, with each country celebrating in its own unique way.

Ramadan Kareem from all of us at Globalization Partners International!