The Russian Federation is one of the 21 republics of the Commonwealth of Independent States. Russia has an impressive geographic location being bordered by Norway and Finland from the north, Ukraine and Poland from the west, Georgia from the south and China from the north. This location makes it a perfect center for trade, arts and culture.

Despite the recent economic crisis, Russia has assumed a good position in the global economy and has become the focus of much attention from major investors around the world. Its economy is expected to grow due to more regional political stability. 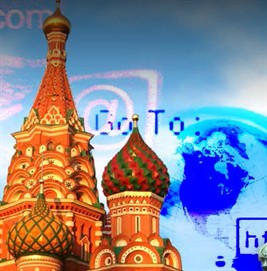 Facts about the Russian Market

With a population of 143 million people, Russia is the largest market in Europe.

Russia is a traditional society full of symbols, rituals, traditional values and contextual elements. At a macro-level the culture of Russia can be described using five cultural values based on the work of Hofstede. Professor Geert Hofstede conducted perhaps the most comprehensive study of how values in the workplace are influenced by culture. A country’s culture is made unique by which of the five values are incorporated into daily life and the emphasis it puts on each. For example, Russia rates significantly on all five values.  See the report to learn more about the cultural values.

If you are considering conducting a digital marketing (SEO) campaign in Russia it is important to understand search engine optimization in Russia and the top search engines to focus on while targeting the Russian consumer.

Understanding the social media landscape in Russia is one of the most important components for online strategists looking to leverage these channels to the Russian consumer. The report attached to this blog provides the key insights and top social networks for Russian consumers.

Key insights from the digital landscape in Russia:

Culture and Online Shopping in Russia

The following infographic provides several useful facts and insights about Russia. The infographic contains a handy graphical sampling of what’s inside the report.

If you are planning to do business in Russia, it is important to understand the needs of your target customers. You will always need to understand the consumer behavior, the language and the key insights about the market. Our updated research report for the Russia market on Website Globalization and e-Business along with accompanying infographic covers a range of topics from language facts to website translation tips for Russia. 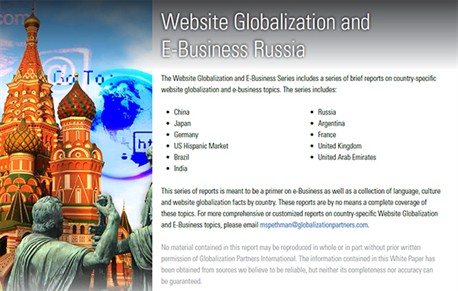 The Russia country research report is 14+ pages and provides useful information and statistics about the country and local consumers and market. The newly updated report for 2014 is available in PDF format and is free to download at: Website Globalization and E-Business Series.

Looking to sell your goods or services in Russia

If you are looking to expand into the Russian market and have a website localization project in the works, this report is for you. First published in 2008 and newly updated for 2010, 2012, and 2014, the report contains tips and information on e-business, website translation and web consumers in Russia. The report also has a nice link library with useful sites and resources for those wanting to do business in Russia.