Since March 15th, 1962 the day President John F Kennedy gave an address to the US Congress in which he addressed the issue of consumer rights we celebrate World Consumer Rights Day. Now in 2014 World Consumer Rights Day is even more meaningful in China as a series of updates to their consumer protection laws took effect on that day. The Economist took an immediate interest in the matter and released the article ” The true meaning of san yao wu“.  (San yao wu means 3-1-5 and is referring to March 15th.) This is significant in China as this represents the biggest legal reform in consumer rights law since the law was adopted in 1993. 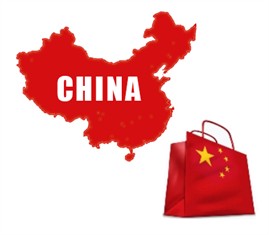 The new law covers a range of issues, including information security, return and refund rights for defective goods, and liability for misleading advertising. There are also new rules directed specifically at ecommerce since the growth of online shopping is a main focus of the new law including among the requirements is for online sellers to provide authentic and complete details of their products and/or services to online shoppers and a seven day return policy for online stores.

The subtext of san yao wu is that “China’s new consumer law has local and foreign firms worried”. Indeed there were more things for sellers to be concerned with after the new law took effect. When I first came to the United States for school 9 years ago from Taiwan, I visited a friend I knew back in Taiwan in his student apartment. I was surprised to see a very nice set of home theater equipment among a few other fine electronic devices. Since he was an old friend, I said “Your graduate program has unbelievable stipend!” He said “This has nothing to do with the stipend. Just my Chinese roommates and I take advantage of the return policy here. We pay with credit card and then return them after enjoying for three months”. This was how I was introduced to the consumer right, or I should say privilege in a developed country. I was wondering how the companies selling consumer goods can survive with such a policy (and dishonest consumers like my friend). After living in the USA for a few years, I realized that most people here actually take pride in and expect these levels of consumer rights/privileges, and don’t abuse their rights like my college friends. They are not constantly looking for ways to manipulate their consumer rights without paying a dime. I think for the most part, the US consumers are empowered by the trust given to them as consumers thus the returned/ damaged goods to sellers are in general not abused and out of control. 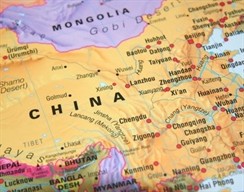 I think this new consumer law in China is a sign that collectively the Chinese consumers’ mentality is maturing. This maturing process may take a while and there might be some challenging times for the sellers when the society is adapting to the new consumer rights and practices, but foreign companies should not be afraid of tapping into the market now.

In my family’s recent trip to Taiwan and China, my American husband commented on how Chinese people can pretty much eat anything and are very open to try new and foreign experiences. I agree with his observation completely. I think this is why the markets in China are filled with opportunities for US and other firms to pursue. The Chinese consumers are evolving and there is still plenty of space in the market for foreign companies to reach out to the expanding and progressive Chinese consumer.