In order to understand a group of people, such as Egyptians, you must have a broad knowledge of their culture.  Understanding the spoken and written language and the geographic location, while vital, is only a piece of the puzzle. The customs, social habits, religion, economy, government and the political environment need to be understood in order to know how people will think and behave and what motivates them. Egyptian society is of a cosmopolitan nature, and Egyptians consider their religion and their history a very important aspect of their lives. 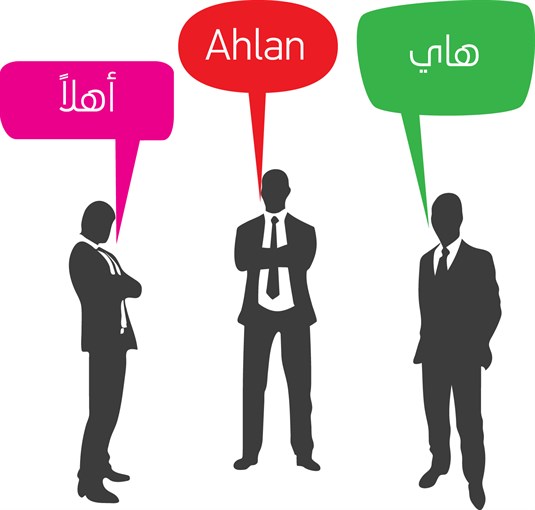 Egypt is one of the largest countries in North Africa and the Arab world.  Considered an Afro-Asiatic Arabic Mediterranean country, it spans from the northeast corner of Africa to the southwest corner of Asia, and is at the heart of the Middle East. Like the rest of the Arabic world, Egyptians use Modern Standard Arabic (MSA) as the official written language. The Egyptian colloquial dialect is the spoken language. Although all Arabic countries use MSA, each Arabic country has its own locale dialects and preferred terminology. Therefore it is important to use the right linguistic approach and tools to target a specific Arab country.

There is trend among young Arabs to use a Latinized Arabic form, Franko Arab, which is writing the Arabic words using Latin letters. Franko Arab originated from text communication programs not supporting the Arabic alphabet.  Developers transliterated the Arabic words into Latin script, using a combination of numbers and other characters as a substitute for the Arabic letters. For example, the numeral “3” is used to represent the Arabic letter ⟨ع⟩. This form has spread widely among youth mainly for chat and informal short discussions, as a solution to not having an Arabic keyboard or because they find it easier to use the English keyboard. However, Franko Arabic is not accepted among official groups, and most elderly and conservative people greatly oppose using it as it is perceived as a great threat to Arabic culture and language.

When it comes to written Arabic form, there should not be a separate “Egyptian Arabic.” However, using the Egyptian colloquial dialect in the written form is now increasing with the spread of social media websites. The dialect continued to grow when Wikipedia issued an Egyptian Arabic Wikipedia offering, which was the first Wikipedia written in an Arabic dialect. The Egyptian Wikipedia, ويكيبيديا مصرى, has been received with much opposition, as the majority of Egyptians object to using the spoken dialect as a substitute for the standard MSA.

Egyptians use the Gregorian calendar as the civil calendar, used for official and administrative purposes. The Hijri/Islamic calendar is also widely used as it marks the major Islamic events. Such as, the start of Ramadan, Eid Holidays, and Prophet Muhammad’s birthday.

If you are interested in having your company website, brochure or marketing collaterals translated into Arabic for the Egyptian market, it is always advisable to stick to the locale specific requirements and the official Modern Standard Arabic written form. Avoid the controversial linguistic themes that would affect the audience acceptance of your products or services. It is crucial when selecting your localization partner that you go for the right professional translation agency that is fully aware of your market requirements.