“The Golden Shield Project” more commonly known around the globe as the “Great Firewall,” a term first coined in this context in a Wired Magazine article in 1997, blocks well-known sites such as YouTube, Facebook, Twitter, Bloomberg, Dropbox and many Google sites (as Google is not officially in China). It is operated by the Ministry of Public Security (MPS) division of the government of China (PRC). MPS actively censors and monitors internet activity within China. 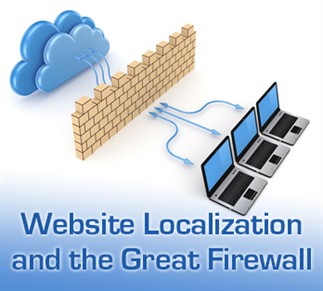 I have seen reports that hundreds of thousands of websites have been blocked. Many of these have been blocked directly and others indirectly due to the content delivery network (CDN) or host server they are using.  In December 2014, the Great Firewall took further action to block Gmail. While Gmail has been directly blocked since June 2014, people could use third party applications to access it. This access was stopped in December by blocking IP addresses that use Gmail.

Dropbox is an especially interesting target. I know of a large software company that has trouble sending large files to their China offices and are forced to use new cloud storage services before they get blocked. Dropbox was a service they used until it was blocked. This past fall thousands of cloud service related sites were blocked. 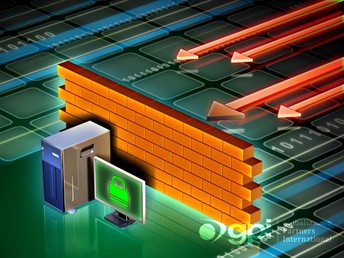 MPS will scan for URLs and website keywords that are blacklisted. This list will include not only terms in Chinese, but also in other languages. You may want to avoid saying “Tiananmen” on your site if you do not want to risk being blacklisted. While it is a place name that is still in use, it is a term they are extremely sensitive about and could trigger being blacklisted.

Translation of your English language site is likely something you will want to consider if you are seeking to reach the Chinese consumer. It is best to work with a credible, quality localization vendor that uses in-market professional translators. Professional level linguists will be familiar with the keyword blacklist and provide a translation suitable for the China marketplace.

Local hosting is one issue that can affect your site at any time.  Companies who do not think they are at risk of being blocked due to the absence of controversial content or news on their site are still at risk if they are using local hosting.  Many companies consider using a hosting company for their website based in China to boost search engine optimization (SEO) ranking on Baidu or other leading search engines based in China. This can be beneficial for SEO, but if another website that the hosting company is supporting is taken down by the Great Firewall this can affect all other websites using the same host service. 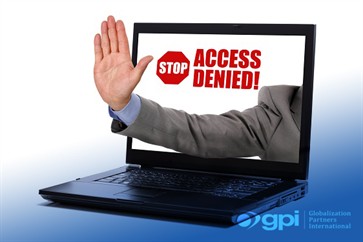 Your hosting company can affect you whether you are using local or a global hosting service. EdgeCast, a Verizon service, and one of the largest content delivery networks (CDN) on the internet, hosts many corporate websites for some of the largest companies in the world. It is believed that China, this past November, was not looking to use the Great Firewall to block Sony Mobile, Drupal’s project website, or many other corporate sites, but in trying to block some sites that use EdgeCast they blocked thousands of sites that would not otherwise be targeted for any reason the “Wall” deems inappropriate.

Akamai’s CDN clients also got caught up in the Great Firewall this past November, it is believed that China was trying to block GreatFire.org, which often will provide a mirror site to provide people in China access to blocked sites. Other clients were caught as collateral damage of the blocking, such as HSBC and their corporate banking customers trying to use their web banking portal.

Is Your Site Blocked?

A great tool that you can use to see if your site is accessible within China is:  https://www.greatfirewallofchina.org/.  This site is run by an organization that will check your link on their server in China, which will open your link and send you a reply regarding the results. The test only takes a few seconds. They state on their site that other servers may provide different results, but I have found this tool to be a great first step as a quick test.

Another free tool that provides a way to test multiple source locations outside of China and multiple locations within China is:  https://www.websitepulse.com/help/testtools.china-test.html .

The Great Firewall does not successfully block all content they wish to keep out and there are ways that local people in China have found to work around it to gain access to websites that are otherwise blocked. The reverse is also true. The Great Firewall inadvertently also blocks sites that if looked at more closely they would not likely want to block. Much of their efforts are using electronic tools that may block a website for any number of reasons that activated the block without human intervention to verify the concern the ministry may hold.

Many companies have aggressive plans to do business in China, if they are not already in the market. Having a Chinese language website is important to successfully do business in China and can be quite an investment to produce. It is wise to make sure that your investment for website localization will be able to be seen by the local market. Take the steps to verify your site is viewable in China and work with a professional translation service agency to diminish the risks of being blocked by the Great Firewall.