Making Good Health Contagious was the theme of this year’s C3 US-Arab Healthcare Summit in New York City. It was the fourth year this event, which focuses on fostering a collaborative, innovative partnership approach to solving today’s complex global healthcare challenges, has been held at the Union League Club in New York.

The C3 US-Arab Healthcare Summit’s focus is to strengthen ties between U.S. and Arab healthcare providers and suppliers, while keeping the emphasis on the three tenets of C3: 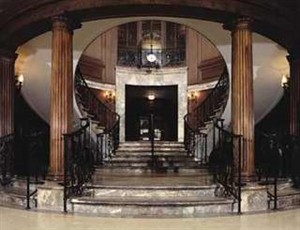 The Union League club was founded in 1863 by a group of citizens that were concerned with the preservation of the Union, and over the past 150 years has amassed an impressive record of service to the country.

Members of the Union League Club helped establish The Metropolitan Museum of Art in 1870 and the Sanitary Commission, which was a predecessor to the American Red Cross.

It was also instrumental in erecting the Statue of Liberty in New York Harbor.

Many CEOs, senators, diplomats, congressmen and fifteen presidents have been members over the past century and a half.

The opening session was moderated by Dr. Samira Asma, Chief of the Global NCD Unit, Center for Global Health, U.S. Centers for Disease Control and Prevention, and had an assortment of distinguished panelists discussing the need for making critical changes to face today’s multi-faceted healthcare challenges.

40% of people over 60 years of age will have either diabetes, obesity, or both.

Brian Nickerson, Administrative Director, Icahn School of Medicine, Mount Sinai, provided insight into the types of education models needed to educate health professionals and equip them with the knowledge to address the disruptive changes faced by today’s healthcare:

This panel discussion was particularly interesting to me and proved to be eye-opening as I was not fully aware of the extent of the hepatitis C virus (HCV) epidemic, globally.

In the U.S., it is estimated that more than three million people are infected with hepatitis C, but in the Eastern Mediterranean countries, including my country of origin, Greece, and Egypt, home to many of my colleagues, the disease has spread to over 21 million carriers.

Egypt alone accounts for 12 million victims, quite a staggering statistic. Using Egypt as an example, the panelists discussed pro-active and innovative approaches to treat and eradicate this frightening disease. They included ways to decrease treatment costs, although they still remain a major barrier to efforts to reach a broader portion of the infected population in the region.

Contagious Health: How Large-Scale Behavior Change Can Save Lives 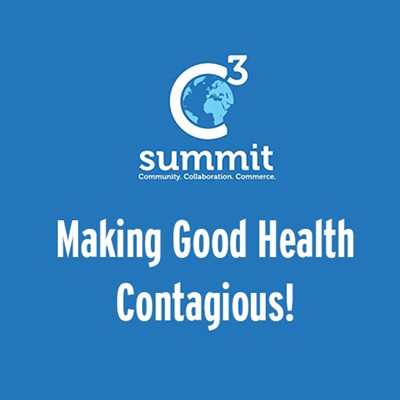 One of the more thought provoking sessions was the panel discussion that threw out a particularly provocative question: Is Diabetes a contagious disease?

Diabetes and obesity are literally sweeping through the Middle East, and it is estimated that these diseases will cause seven out of ten deaths in developing countries worldwide.  This puts a huge burden on the political, social and economic infrastructure of those countries, and if the current trend continues, the health systems in these low and middle income countries will not be able to continue to support the strain of these diseases.

As an example, the obesity rate of Saudi women is 44%, almost half of the female population in the country.

The panel agreed that diabetes can be considered socially contagious and must be addressed by re-learning healthy habits that counter the risk factors brought forth by a western diet, junk food, alcohol, smoking and the lack of any physical activity.

What is needed, according to some of the panelists, are a social preventative infrastructure and catalytic education.

A concept that has been applied successfully here in the U.S., in the forms of national anti-smoking campaigns, calls for healthier food options in schools and fast-food chains, and awareness building of the positive effects of exercise in our daily lives.

The one day event concluded with a lively networking reception that brought together government officials, educators, health professionals and business executives to discuss the wide range of topics that were outlined during the multi-faceted sessions. I certainly look forward to attending again next year and hope to see you there.