Each time Adobe releases a new version of FrameMaker, it generates great expectations. This version is no exception. It offers highly anticipated new features, particularly for the translation industry.

As they have done with other products lately, Adobe changed the release names from sequential numbers (versions 9, 10, 11, 12) to the year in which it was released, FrameMaker 2015.

Let’s have a look at the top five features of Adobe FrameMaker 2015.

DITA 1.3 topic types are now available, including topic, task, concept, reference, glossentry, glossgroup and the new troubleshooting learningObjectMap and learningGroupMap. This is one upgrade that many DITA users were anxiously hoping for, and users will be happy to begin using it.

Mini TOCs make long documents more readable and easier to navigate. It’s a small addition that makes a really big difference and adds the ability to automatically generate chapter-level lists and hyperlinks, such as those we laboriously maintain on every chapter page. 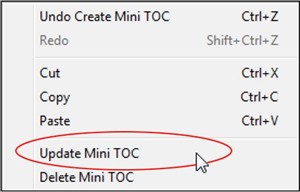 You can now map styles while importing Word documents into FrameMaker, or create new ones automatically from the imported styles. This is great for anyone who does a lot of Word to FrameMaker conversions (most of the FrameMaker project start this way). Adobe now makes it much easier to make the move from Word to FrameMaker. The new import allows users to choose which Word styles to map, import as new styles, or ignore. 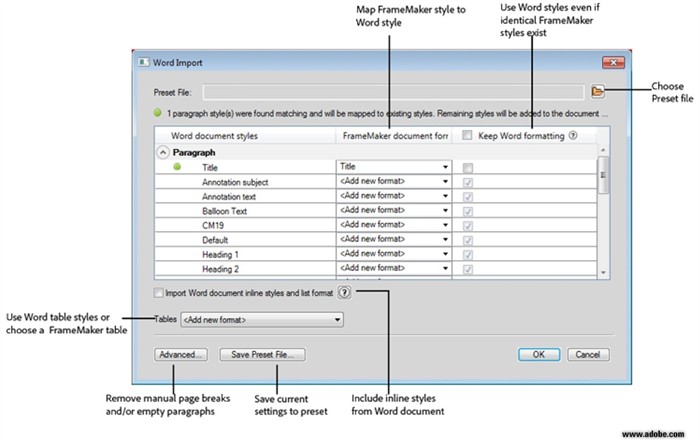 FrameMaker now allows you to deliver your content to multiple channels, mobile devices and formats, including mobile applications. This great new option will let you easily publish your content as mobile apps for iOS and Android.

Support for right-to-left (RTL) languages, like Arabic and Hebrew, is now available. Users can also work with RTL and left-to-right (LTR) content in the same document or book. If you are one of the writers or desktop publishers who has been waiting for RTL support from FrameMaker over the last 25 years, your pleas were finally heard. The process for localizing these languages will change greatly and will save clients a lot of money. 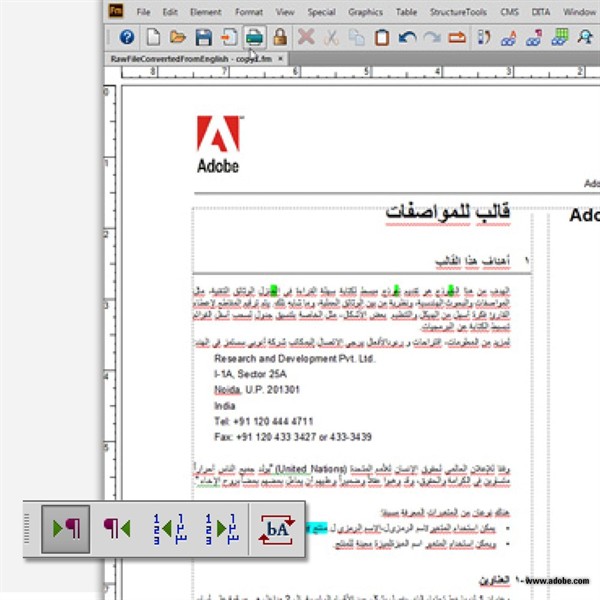 The new features of FrameMaker 2015 are intended to make tasks easier for new and experienced users. These great new features were needed to keep FrameMaker competitive in the market.

Your clients will be happy to know that they can keep all their languages translated in the same format and save money on localization costs.

Globalization Partners International, a premiere translation agency, provides many services including document and website translation, that involves multilingual desktop publishing services. This list below highlights some of the more common products used in such projects:

You may also find some of our previous blogs on desktop publishing useful: