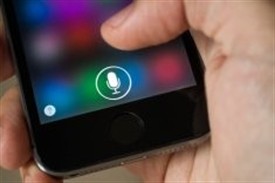 Smartphones are quickly becoming available in all corners of the globe, from big cities to rural villages. But, even though more of us have smartphones than ever before, there are still some technological advancements needed in the language technology sector for mobile devices.

Automatic speech recognition (ASR) technology for apps like Siri still has a way to go in  order to keep up with the times. Currently, you can ask Siri questions in over 30 languages, but not in less popular languages and dialects, like Darija, the dialect of Arabic spoken in Morocco.

This problem is being addressed by researchers, Preethi Jyothi and Mark Hasegawa-Johnson, of the University of Illinois Urbana-Champaign Beckman Institute. They are looking at how to teach Siri new languages and the challenges that come with this, especially languages that are not widely spoken.

The problem they have recognized with less popular languages is there are not many audio transcriptions available. Also, it is not easy to source the native speakers of this language in order to get them to transcribe audio for the app and similar systems. In order to try and solve this problem, the researchers have transcribers listen to the languages then copy down the language phonetically. This worked to a certain extent, and they received a lower error rate on the ASR communication.

“By getting transcriptions from several non-native speakers, the system is able to determine what the speech approximately sounds like to a human ear. That, combined with a dictionary of valid words in the language lets the system make a fairly good guess of what was actually spoken,” explained Jyothi.