Qatar is located on the northeastern coast of the Arabian Peninsula. It is bordered by land with Saudi Arabia and the rest of the territory is surrounded by the Persian Gulf. Nearby countries are Bahrain, UAE and Iran.

In this blog, I will cover some brief facts about Qatar for anyone traveling or doing business there. 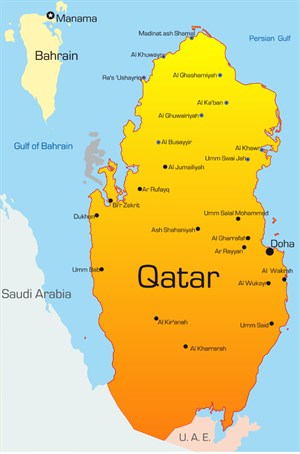 Qatar is a nice place to visit and to reside, as it is relatively safe and comfortable. Business is continuing to grow and expand in many sectors, so it presents an opportunity for development and investment.

English is widely spoken so speaking Arabic would be a plus, but not necessary. However, it is necessary to translate all business and marketing materials into Arabic to get more opportunities and make your partners comfortable by reading in their mother tongue and show your respect.