Gulfnews.com reports that Dubai Municipality’s Food Safety Department recalled Milka Oreo chocolate bars from stores across the region because of an incorrect translation on the labeling. An official from the Department explained that the label listed “alcohol” on the ingredients list. However, the Food Safety Department stated that the product is non-alcoholic and there was an Arabic translation error on the food label. 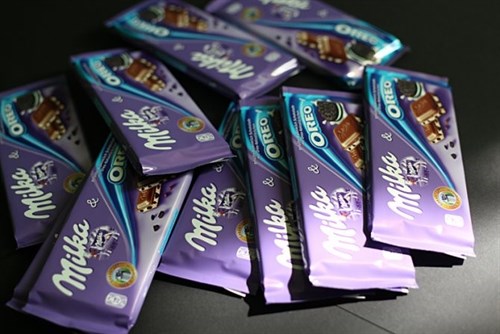 According to the  Dubai Municipality Facebook page, the word “chocolate liquor”, which means cocoa paste, was incorrectly translated to “alcoholic beverages”.

Chocolate liquor is pure cocoa mass in solid or semi-solid form and contains no alcohol. It is comprised of about half cocoa butter and half cocoa solids. Chocolate liqueur, on the other hand, does contain alcohol, typically vodka, to which chocolate has been added.

The story originally broke on social media when a consumer posted that Milka Oreo contained alcohol, causing an uproar as alcohol is generally considered to be forbidden in the Islam religion, and in any country it would be inappropriate to add alcohol to a food product children consume. The Municipality has since urged consumers to check with the Food Safety Department before spreading rumors by using the WhatsApp service.

Milka Oreo is manufactured in Germany by Mondelez International. Mondelez sells its products, which include billion-dollar brands Cadbury, Milka, LU, Nabisco and Oreo as well as Tang powdered beverages and Trident gum, in 165 countries.

In 2012 Kraft Foods divided into two industry-leading public companies; its global snacks business, Mondelez Inc, and the North American grocery business, the Kraft Foods Group, Inc. A Mondelez press release stated that employees decided to name the global snacks company “Mondelez” (pronounced mohn-dah-LEEZ) to evoke the idea of a ‘delicious world’. “Monde” is derived from the Latin word for “world”, and “delez” is an expression for “delicious”.

But no sooner had Mondelez come into being when its name came under criticism. First, for being difficult to pronounce as the name creators intended. But Chairman and CEO, Irene Rosenfeld, said in a 2012 press release that it’s unlikely consumers will associate Mondelez with ‘make today delicious’.

Then, Mondelez came under fire again in 2012 when the Chicago business newspaper, Crain’s, reported that the name sounds like a vulgar word used in Russia and that Kraft potentially made a misstep in applying a single name across a multitude of countries. Kraft spokesman John Simley told Crain’s “We did extensive due diligence in testing the name. That included two rounds of focus groups in 28 languages, including Russian. We determined misinterpretations in any of the languages to be low-risk.”

These perceived Arabic translation error highlight the importance of carefully reviewing all brand naming and label translations to avoid confusion or negative perceptions around a global brand.