Chinese is the most widely spoken language in the world. Approximately one in six people speak Chinese. But did you know that not all Chinese speakers use exactly the same written Chinese language? For example, Taiwan, Hong Kong, and Macau use Traditional Chinese, whereas Simplified Chinese is used in China, Malaysia, and Singapore. This blog will mainly focus on the difference between Traditional Chinese (Taiwan) and Simplified Chinese (China).

As far as communication is concerned, we can communicate with each other without any problems if we are using Mandarin (dialects, such as Shanghainese, Taiwanese, are a different story), but we can always detect different accents, terms and phrases used, style, and handwriting.

Here are some differences between Traditional Chinese and Simplified Chinese: 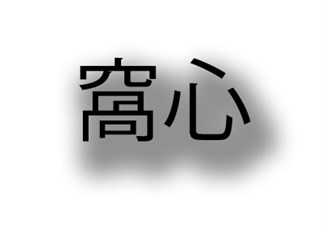 The Chinese phrase “窩心” has completely the opposite meaning in Traditional and Simplified Chinese. Its literal translation is “nested heart.”  In Traditional Chinese, it means heartwarming feelings (you feel so touched that the feelings reach the deepest parts of your heart), but it means someone is upset because he/she is wronged in Simplified Chinese (you feel like all your anger and grievances are gathered in your heart). 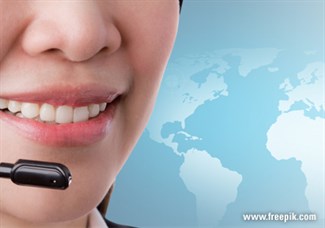 We have different learning systems when it comes to pronunciation. In Taiwan, we start with “phonetics (bopomofo).” We have 37 phonetics, and each of them represent a sound. For example, if we want to pronounce爸 (dad, which is pronounced as “ba”), we have the phonetics for ㄅ (b) andㄚ (a) plus the tone ˋ. Children are required to learn phonetics at elementary school prior to learning characters.

For Simplified Chinese, once again, it’s a bit simpler. China uses “pinyin” for pronunciation, which utilizes a Romanized alphabet to constitute the pronunciation of each character. Therefore, “ba” is the phonetic symbol for “爸”. However, not all the alphabets are pronounced exactly the same as they are in English. Take “q” for example, in pinyin, the pronunciation of “q” is more similar to that of “ch.”

As a localizer, it is extremely important to understand the differences between languages even if they are minor deviations. As far as Chinese in concerned, keep in mind that there are also Traditional Chinese (Hong Kong) and Simplified Chinese (Singapore) and so on. Each of them differs from the others and has its own flavor and cultural implications. Chinese in each country can be so similar yet so different. Understanding these differences will help you select the suitable resources for the locale; and more importantly, convey the correct meaning to the target audience.