Saudi Arabia is making many changes this year after the King’s son, Prince Mohammad, presented Vision 2030, a plan to tackle financial issues. By focusing on reducing the budget deficit they are currently facing due to low oil prices and the war in Yemen, Saudi Arabia is determined to take action.

The below are a few of the changes they are implementing and the factors affecting them: 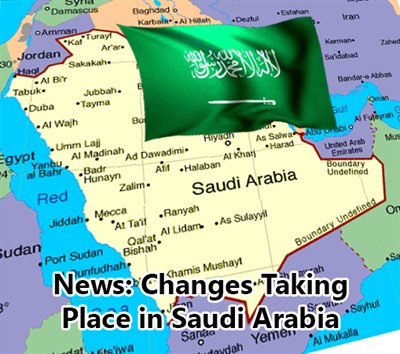 A move from the Islamic Lunar calendar to the Gregorian calendar.

On October 1st, Saudi Arabia switched to the Gregorian calendar which will lower salary expenses. The Islamic Lunar Calendar follows the sighting of the moon where the year usually would be 354 days.  By switching to this Gregorian calendar, civil servants will lose 11 days of payment from their salaries making the public sector line up with the private sector for employee salaries.

There has been an increase in visit visas, work visas and residencies.  The Prince announced a visa application fee increase for the Islamic Pilgrimage Hajj by SR2000 for each visit. Prices for general visits will increase to SR200 for a two-month visa and SR300 for three. That excludes the fees taken by the offices that take care of the visa applications which usually reached up to 1000 riyals.

The cost of the war in Yemen and drop in oil prices.

The drop in oil prices has affected the economy and foreign employees are now suffering from salary cuts. These cuts have also been expanded to the public sector which includes Saudi citizens who will lose their bonuses and a 20% reduction in salaries.

Those exempt from cuts are the Saudi forces that are currently in Yemen. However, the conflict is expensive and shows no sign of getting better, forcing the government make changes to other sectors to deal with the losses.

To read more, please see: Saudi Arabia switches to ‘Western’ Gregorian calendar so it can pay workers less and save money.