We are just a couple of days away from the annual Thanksgiving celebration in the United States. This national holiday is commonly celebrated by gathering together with family and friends, cooking a turkey and pumpkin pie (and much more) and sharing stories of what we are thankful for.

In September 1620, a ship called the Mayflower set sail from Plymouth, England carrying 102 passengers bound for the New World. Many of the passengers were religious separatists and others were attracted to the idea of prosperity in a new land. After a dangerous 66 days crossing the ocean, the travelers landed near Cape Cod and later, Massachusetts Bay, where they established a village at Plymouth. 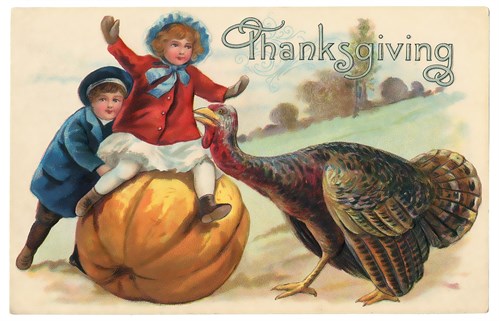 After a brutal first winter, which many of the original 102 Pilgrims did not survive, the Pilgrims met Squanto, of the Pawtuxet tribe, who had been kidnapped by an English sea captain and sold into slavery before escaping London and returning to his homeland. Squanto taught them how to grow corn, extract sap from maple trees, catch fish and avoid poisonous plants.

Squanto also helped the Pilgrims form an alliance with the Wampanoag tribe. This alliance lasted for more than 50 years, and sadly, remains one of the only examples of harmony between European colonists and Native Americans.

In the fall of 1621, the Pilgrims successfully harvested their first corn crop. To celebrate, they planned a feast and invited a group of the colony’s Native American allies, including the Wampanoag. This is regarded as American’s first Thanksgiving. 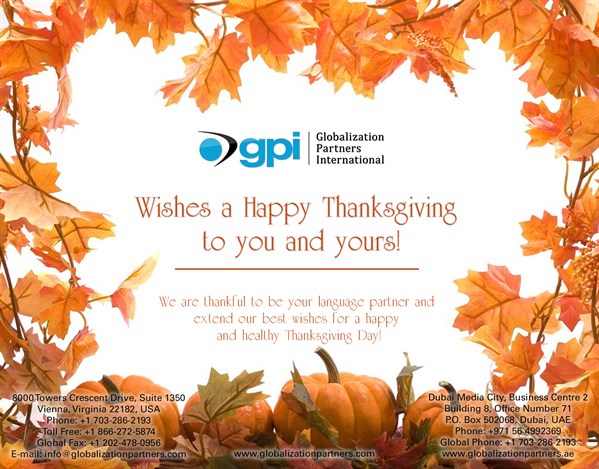 From all of us at GPI, Happy Thanksgiving!