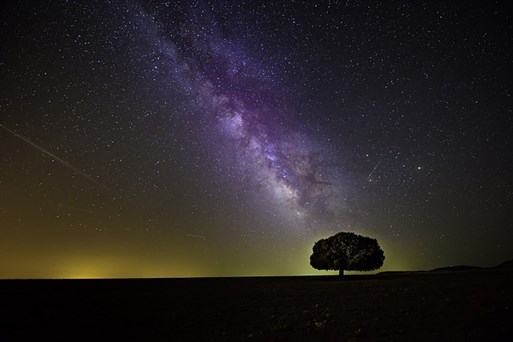 The Origin of Chinese Valentine’s Day

七夕(Qixi) celebrates the annual meeting of a cowherd and a goddess. Legend has it that the goddess went down to the earth and fell in love with the cowherd. They started a family and had two beautiful children. They were very happy together however, the goddess’s father was furious when he learned that his daughter was married to an ordinary human being. He ordered his soldiers to take the goddess back to heaven. With the help of his magical cow, the cowherd chased after his wife all the way up to the sky. He was just short of catching her when the goddess’s mother (some say it was the goddess’s sister) used her hairpin to draw a line between the goddess and the cowherd. The line became a wide, long river, which stopped the cowherd from reuniting with the goddess. Some believe that this river is the Milky Way we see today in the night sky.

The lovers sat across from each other on either side of the river. They stared at each other from afar and could not stop crying. They did not want to leave each other, but they had no way to cross the river. Their strong love touched the magpies flying overhead and hundreds of thousands of magpies flew to the river to form a bridge so the couple could embrace.

After realizing the couple was determined to be together, the goddess’s parents finally agreed to let them meet once a year – on July 7th. Every July 7th, the cowherd would bring their children with him to the sky to reunite with his wife. The couple are the two brightest stars on each side of the Milky Way.

The love story between the cowherd and the goddess symbolizes a strong and loyal love. On July 7th, it has become a tradition that people will look upon the night sky hoping to see the two shining stars. It often rains on July 7th and people believe that the raindrops are the tears of the goddess. Lovers will celebrate this day with their significant others with hope that their love can be as everlasting and true as the love between the cowherd and the goddess. The goddess is considered a very talented woman, so on July 7th, in addition to celebrating with their Valentines, many women also pray to the goddess to become as talented as she.

This year, Chinese Valentine’s Day on the Gregorian calendar falls on August 28th. Instead of warmth on a cold February day, we wish you and your Valentine a romantic and sunny summer day. Happy 七夕(Qixi) from GPI!