Italy is a peninsula in southern Europe. It has approximately 61 million inhabitants, 96% of whom are Italians. The remaining 4% of residents include North Africans, Italo-Albanians, Albanians, Germans, Austrians and other European groups. The Italian culture is commonly associated with art, music and food. It is the homeland of the Roman Empire, the Roman Catholic Church and the main center of the Renaissance, which flourished through Europe for centuries. 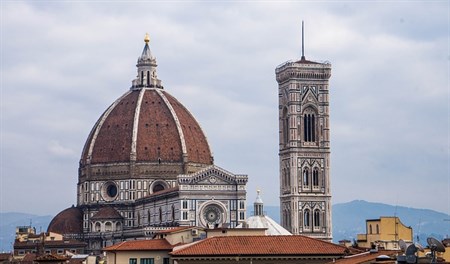 Italian is the official language of Italy and one of the Romance languages. Almost everybody in Italy speaks Italian, however, there are a number of dialects and other languages that are spoken by native Italians, such as Albanian, Catalan, Corsican, Croatian, Emiliano- Romagnolo, French, German and Greek.

Art can be viewed in every corner of Italy, not only in the museums of Florence, Venice and Rome, but also in the churches and public buildings. The most famous piece of art is the ceiling of the Sistine Chapel of the Vatican, which was painted by Michelangelo between 1508 and 1512. Italy also produced other great artists like Leon Battista Alberti and Leonardo da Vinci.

When it comes to music, Italian culture is famous for its operas. Many of the world’s great musicians and composers like Giuseppe Verdi, Ruggero Leoncavallo and Luciano Pavarotti are Italian.

Italian literature includes great works like Dante’s La Divine Comida, which was written in the thirteenth century, and the writings of Pietro Bembo, Nicolo Machiavelli and Ludovico Ariosto in the sixteenth century. Machiavelli’s The Prince is considered the first work of political science.

In the fashion industry, Italy is home to a number of world-renowned fashion houses, including Armani, Gucci, Benetton, Versace and Prada.

Italians are full of life and they like to celebrate, so there are a lot of national Italian holidays. It is important to check the national holidays if you are planning to travel to Italy as museums, shops and restaurants will be closed in celebration, especially on January 1st, May 1st and December 25th. Each city or region celebrate its own holidays, such as the feast day of their patron saint, in addition to nationwide holidays. Italians celebrate most Christian holidays, such as Christmas and Easter, along with other holidays including The Liberation Day on April 25th, The Epiphany on January 6th, Valentine’s Day on February 14th, International Women’s Day on March 8th, Labor Day on May 1st and Festa della Repubblica on June 2nd.

Italian cuisine is very famous and admired around the world. Who has not fallen in love with pizza or pasta? For Italians, food is an art, which they master very well and their gatherings are centered around food. In central Italy, spaghetti and pizza are popular. However, in the north, the most common dishes are comprised of fish, potatoes, rice, sausage, pork, pasta, polenta and risotto. In the south, tomatoes are a staple, either served fresh or cooked into sauce with capers, peppers, olives and olive oil, garlic, artichokes, eggplant and ricotta cheese. Food is a means for maintaining ties between family and friends, and there is a special meal for every occasion.

To summarize, Italian culture and traditions are renowned around the world. From famous art and architecture to delicious food and wine. Italians are enthusiastic about celebrating and spending time with family and friends. They are truly known for enjoying the finer things in life.