There is a global battle among ecommerce companies to reign supreme. They are constantly innovating and evolving to gain customers’ attention and loyalty. Amazon and Alibaba are at the top and are dominating globally.

Amazon may be a more well-known name than Alibaba in the West, but both companies plan to penetrate countries in the earlier stages of ecommerce adoption and expand in more established ecommerce markets. 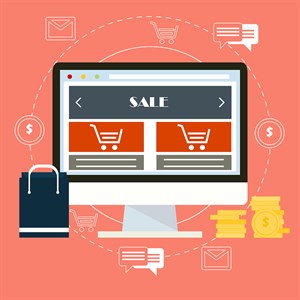 Amazon has corporate offices, logistics and distribution centers in over 15 countries spanning the Americas, Asia and Europe and they ship to over 100 countries. Alibaba, on the other hand, focuses mainly on Asia, but they also have centers in the US, UK, Italy, France, Germany, Italy, Netherlands, Norway and Spain. They have suppliers and buyers in over 200 countries.

China represents a huge ecommerce market. Cross-border ecommerce spending is expected to hit $100 billion in China by the end of 2017. If Alibaba can capitalize on more of that spending, they could quickly dominate the ecommerce industry.

In the battle between Amazon and Alibaba, it’s difficult to predict who will win. Both have huge capabilities in terms of innovation and growth potential.

To learn more, check out the  infographic from Ecommerce-Platforms.com to learn how both companies compete and continue to grow globally.