Japanese culture and tradition is complex and beautiful. This blog will highlight some of the things to know for traveling to or doing business in Japan.

Japan, pronounced in Japanese as “Nippon” or “Nihon”, is a Pacific Ocean island nation off the coast of mainland Asia. It is comprised of approximately 6,900 islands. The most prominent and populous islands are Honshu, Hokkaido, Shikoku and Kyushu, making up 97% of the country. Within these islands, there are 47 prefectures with a total population of 127 million (11th in the world).

73% of the country is mountainous, however, a majority of people live on the coastlines, making it one of the most densely populated countries in the world. 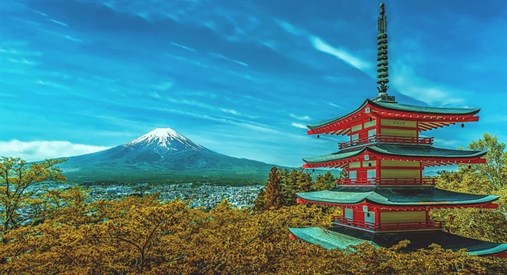 The national language is Japanese, which is the primary spoken language across the country. Old Japanese, or “Kanbun”, originated from China and the earliest Japanese text, the “Kojiki,” was written in the early 8th century and was written primarily in ancient Chinese characters. Modern Japanese developed during the Edo period, between 1603 and 1868.

The development and widespread use of Katakana is illustrative of Japan’s recent adoption of Western cultures, ideas and words.

Early Japanese culture was heavily influenced by China. During the Edo era, Japan exercised a strict isolationist policy, closing its doors to all relationships with the outside world. This cultivated a distinct Japanese culture.

After the fall of that era in 1868, Japan reversed this practice, adopting cultural practices from all over the world and mixing them with what was established during the Edo era. Over the years, Western culture has influenced all aspects of Japanese culture including art, lifestyle and food.

There are two main religions in Japan: Shinto and Buddhism. Shinto is a Japanese religion, while Buddhism was imported in the 6th century from China. A recent poll found that 39% of Japanese people identify as Buddhist, 3.9% as Shinto and 2.3% as Christian.

In Japan, the largest holiday is the New Year’s celebration. During spring and summer, celebrations for the gods of the land and sea, or Matsuri, take place. Each town holds its own Matsuri, and these celebrations are widely attended by all.

Sports play a significant role in Japanese culture. Sumo, judo and karate are traditional Japanese sports and baseball, soccer and rugby have been adopted from other cultures.

Sumo is the national sport of Japan and to this day is primarily practiced only in Japan. Modern sumo was formed during the Edo era and little has changed since. Baseball is the most-watched sport in the country. It was first introduced to the country in 1872 and has grown in popularity ever since.

The traditional family unit in Japan is called “Kazoku,” comprising of a mother, father and their children. Traditionally, the Kazoku often live with their elderly parents. However, more recently, three generation household numbers have fallen in favor of more modern arrangements.

Across the nation, the Japanese are primarily fish eaters. Japan is the number one fish importer in the world, consuming around 12% of the world’s caught fish.

The most well-known Japanese dish is probably sushi, a dish that includes fresh fish, seaweed and lightly-seasoned rice. Japanese also eat beef, poultry and pork as part of their daily diets.

Japan is a nation shaped by its rapid transition from isolationism to globalism. Japanese culture and tradition represents a fusion of old world culture with newer Western practices.