Of all the countries in Europe, France not only ranks in the top five in terms of population, but also in internet usage and penetration. France currently has over 56 million internet users. 86.8% of its population uses the internet regularly and 33 million of them can be found on Facebook.

A quick look at French social media usage by the numbers in Q4 2017 (as a percentage of the total population):

Based on those statistics, one would think France provides the most fertile grounds for marketers and brands trying to reach their customers through social media channels. However, the reality of the social media landscape in France is much more complex and nuanced than the numbers alone might indicate. 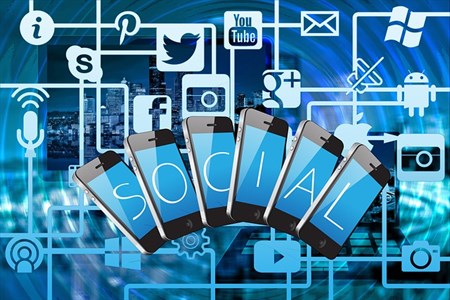 Although those numbers are bound to increase, especially among millennials and the younger demographics, in the meantime let’s look at what is causing this discrepancy. To really understand why France’s high internet penetration does not automatically translate into high social media usage, one must consider two factors: French society and the French government.

France’s principles of fairness are deeply engrained in the fabric of French society and there is a long tradition of defending and assuring fair treatment for all. These ideals extend to businesses as well. So much so that the words “Facebook” and “Twitter” were banned on French radio and TV stations to avoid an unfair promotion, perceived or real, over other social media platforms.

The other reason why social media usage remains relatively low is that the French government has been actively discouraging its use. There have been plenty of showdowns between Silicon Valley and France’s government over personal privacy and data security long before GDPR came along. These have always been issues that the French feel very passionate about. The ramifications may be severe to some and appear almost draconian to others. Employers can use information posted on social media to make employment decisions, parents were warned that posting pictures of their young children online can land them in jail and laws have been proposed requiring parental authorization for social media usage for anyone under 16 years of age.

Despite these governmental and societal restrictions and challenges, social media will continue to flourish, perhaps at slower rates than we have seen in the US and other countries that have fully embraced social media in their personal lives as well as in their business interactions.

So what does this mean for businesses going social in France? Can businesses benefit from a strong social media presence, and if so, how?

The fact that Facebook is widely used and very popular in France makes it a natural choice for companies to market their business and sell their products on this platform via a wide variety of Facebook apps. Google+ communication services are another angle for marketing to French consumers as there already is a relatively high comfort level among its users. Although the home-grown business networking platform, Viadeo, was surpassed by LinkedIn in 2013, both platforms can be used to promote your business, network with other professionals and for recruiting.

French SMEs are slow to adopt or incorporate social media. Over 90% of French companies still don’t use it. This number should decrease over time and early adopters could use smart social media as a competitive advantage. Marketing to a younger demographic to increase a company’s consumer base should accelerate that shift.

As companies increase their social media presence in France and look for more engaging ways to promote their businesses, products and services online, good social media management tools and smart inbound marketing techniques will go a long way in attracting prospects and potential customers across all social networking platforms.