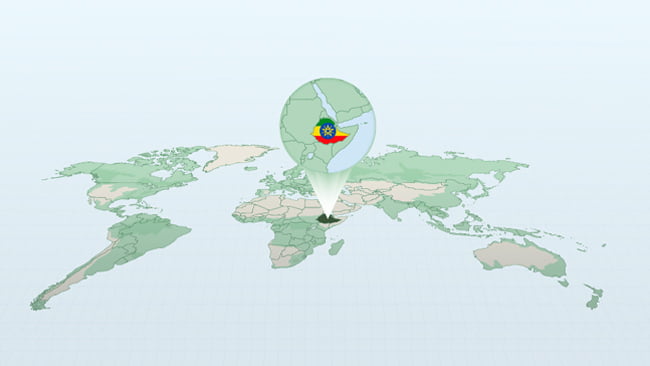 In the African continent, there is a substantial level of importance placed on culture, norms, and values. Hence localization in the African region goes beyond language, it requires an in-depth understanding of the people’s perception of products and services. In cases such as this, every organization that wants to prioritize growth in the African market should be able to communicate effectively in the language of its target audience. In the rapidly expanding business sectors and innovation, any organization seeking to enter new markets must work with top-tier Amharic Translation agencies to help regionally optimize its products and content.

In Ethiopia, just behind Oromo, we have the world’s second most widely spoken Semitic language, Amharic.

If you do not know the specifics of integrating Amharic into your product offering, this article would be a great place to begin your journey into localization.

Amharic, also known as Amarinya or Kuchumba, is an Ethiopian language that belongs to the Semitic or Amhaara (Amharagnais) subgroup of Afroasiatic languages. It is the first language of Amharic, and it is also used as a recognized language by other tribes in Ethiopia’s major cities and towns.

Amharic has been attributed as the language of the courts, trade, daily communications, and of the military since the late 12th century and is currently the official working language of Ethiopia, and It is used as a second language in some other countries worldwide, with approximately 25 million dual speakers.

It has the ISO 639-2 code [amh], and [am] for the ISO category 639-1, this does not mean that there are different classifications for the language, what the ISO codes signify is necessary for bibliographic documentation and terminology.

The earliest known knowledge of the Amhara as a people dates back to the 12th century in the middle of the Zagwe Dynasty and amongst the different intertribal wars.

It has been a written language for as long as 500 years as records suggest, it was written in a script called Fidel which is adapted from Ge’ez (an extinct historical language spoken in Ethiopia), it is also slightly related to the liturgical language of the Ethiopian Orthodox Church.

Amharic is written from left to right using a method derived from the Ge’ez script. An abugida is a segmental writing system in which consonant-vowel sequences are expressed as units.

Amharic (Amarigna) is the language of the majority Amhara ethnic group. It was the imperial rulers’ language for centuries and is still widely spoken throughout Ethiopia.

Since 1974, Amharic has been the primary language of instruction in most Ethiopian schools after the curriculum began to see the value of the Ethiopian culture, and it was chosen based on the metrics of its originality and uniqueness.

According to the 2007 census, Amharic was spoken by 21.6 million native speakers in Ethiopia.

But in recent statistics, Ethiopia had almost 32 million first-language speakers in 2018 and an additional 25 million second-language users, and it is spoken by 3 million emigrants from outside of Ethiopia.

Amharic is the primary language of the Ethiopian Jewish communities in Ethiopia and Israel. The Language Access Act of 2004 made Amharic one of the six non-English languages recognized in Washington, DC, allowing for government services and educational opportunities in the language.

Amharic is considered a holy language by the Rastafari faith and is widely spoken by its adherents throughout the world. Because the bulk of Rastafarians now lives in Jamaica, Amharic can be termed a multicultural language.

Until the pandemic year 2020, Amharic was the only recognized local language used for international and federal business in the country, but currently, Afar, Oromo, Somali, and Tigrinya have also been recognized for official use.

Tips for Translating into Amharic

Before employing the services of Amharic translation companies to help optimize your product by performing Amharic Translation, there are a few basics that are very necessary to note, considering the fragility of language and the culture of Amhara.

When introducing a product or service, language and the translation process are crucial considerations, and both Amharic Translation and Amharic Interpretation are highly necessary to successfully enter the Ethiopian market.

Using the services of an Amharic translation company is essential if you want to include aspects of Amharic culture and language in the right areas of your business and draw in native speakers.