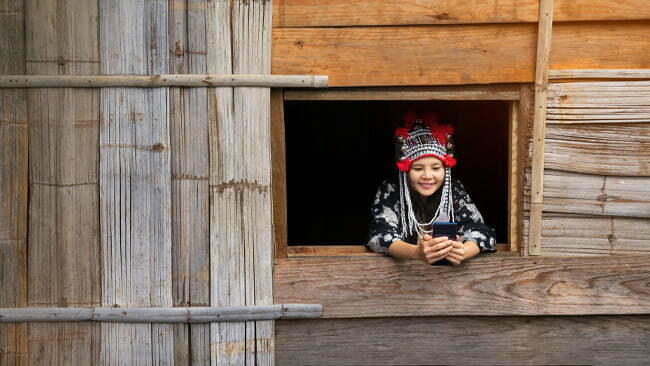 Introducing a business or product to a new market requires a significant investment in time and money,  and one of the determining factors of making a profit or loss is the level of acceptance in the target market.

So, how do you get their attention? By simply communicating in their language. Research has revealed that 56% of individuals value their native languages more than money, which means that, if you communicate to the target audience in their language, they will be more receptive to whatever you are offering, leading to more success.

In the cases of rare languages spoken by a unique group of people like the Hmong, there is a high level of importance placed on translation, and this is one of the reasons that make utilizing the services of a Hmong translation company essential.

This article will be an excellent start for people who do not know where to start regarding Hmong Translation and interpretation.

Hmong / Mong is a dialect continuum under the Chuanqiandian cluster of the West Hmongic branch of the Hmongic languages spoken by the Hmong people in Sichuan, Yunnan, Guizhou, Guangxi, Hainan, northern Vietnam, Thailand, and Laos.

Following the Hmong people’s frequent conflict and movement between 1600 and 1700 CE, the Hmong-Mien languages’ likely homeland is in Southern China between the Yangtze and Mekong Rivers.

Meanwhile, Hmong beliefs and folklore say that they originated in China’s Yellow River region, however, this is not supported by scientific data.

The Hmong people have had a troubled history due to the multiple conflicts they have been through, such as the secret wars and also assisting the United States during the Second Indochina War. It might come as a surprise to hear that there are still more than 2.7 million speakers of the language spread across China, Laos, United States, Thailand, Myanmar, Argentina, Australia, France, and Canada.

Its ISO code is 639 3: hmv and the glottocode (a unique and stable identifier for a language) is “firs1234.” While Hmong is a dying language, and as per the predictions by UNESCO released by Xong Xiong, executive director of Cia Siab, Inc., it remains the third most spoken language in Wisconsin (and it is spoken by just less than 1 percent of the entire population in the city).

Hmong writing was banned by the Qing dynasty in the 1600s, which made the language mostly spoken during this period until the 1950’s when a Christian missionary created a written language based on the Romanized Popular Alphabet.

According to some sources, an illiterate villager named Shong Lue Yang developed a written Hmong language in 1959. But while this is happening, there are still multiple scripts that are attributed to various sources and they include:

With the various categories and types of scripts of Hmong available, the importance of a Hmong translation company to effectively interpret your content and make the audience more receptive.

Wars, invasion, and exploitation have always been a tough topic for the Hmong people, and with the continuous wars they were recruited for, it is no surprise that the total number of native speakers of the language currently, per Wikipedia reports, there are only 3.7 million remainings.

But with many areas not effectively covered, the broad estimate of Hmong speakers reaches up to 5 million.

Demographics of the Hmong people

As time passes, it becomes increasingly hard to know all the speakers of a rare and dying language such as Hmong. But what this data does is emphasize the values of cultural preservation across generations.

Tips for Translating into Hmong

Language is very fragile, and it is easy to make mistakes when translating into Hmong, which is why it is important to employ the services of a professional translation provider.

Here are some common mistakes to avoid when translating to avoid mistakes:

There are three dialects known: Hmong Daw (also known as White Miao or Hmong Der), Mong Leeg (also known as Leng Miao or Mong Leng), and Dananshan (Standard Chinese Miao). Hmong Daw and Mong Leeg are the two main dialects spoken by Hmong Americans. The dialects are interchangeable, although they differ in lexicon and some phonetic traits. If you require interpretation support or plan to have Hmong audio available on your website, knowing the correct dialect is important.

If you want to learn how to successfully incorporate elements of Hmong culture and language into your business to attract native speakers, you must work with a seasoned Hmong translation company that will utilize native Hmong professionals for your translations. Depending on the type of translation a business requires—for example, document, web, or software and the topic including legal, financial, medical, or even multicultural marketing—the cost will vary. Your language service provider can thoroughly review all your materials, learn your objectives, and then offer a plan to meet your Hmong requirements. Hmong Translation and Hmong Interpretation remain crucial, to effectively communicating with the Hmong people.