Language is the best way to communicate emotions and values to gain people’s attention to your brand and to promote your enterprise for what it can bring to the table. When promoting your product or services in a new region, translating your communications into the native language of your target market will help you gain market share.

The primary purpose of translation is to effectively target the right audience and support the preservation of their culture by incorporating elements of their culture, such as their language, into the offered product.

When used effectively, the use of the target markets native language can significantly raise the acceptance rate by up to 56%. This piece of information proves that employing a translation company’s service and expertise is essential in increasing the chances of success.

For a language like Somali, which is an official language in three (3) countries (Somali, Ethiopia, and Kenya), employing both Somali translation and interpretation can go a long way in helping gain market share, and if you have questions about how to start translation, this article would be a great start. 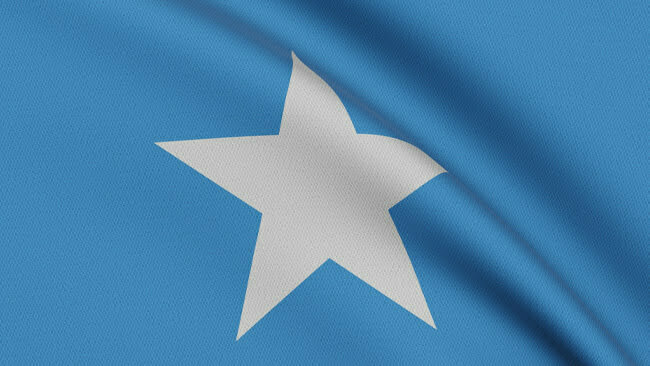 Also called Af-Maxaad Tiri, the Somali language has been in existence for more than 300,000 years; like the majority of African languages, it belongs to the Cushitic branch of the Afro-Asiatic language family, and its closest relative is the Oromo language.

Somali has been a national language in Somalia since 1972 and is also spoken to various extents in Ethiopia, Djibouti, and Kenya, it is also a written language and is accepted in all spheres of life, from education to corporate, media, and even for government activities.

The Somali language is taught in secondary schools as a subject and is used as a method of instruction in primary schools. Numerous radio and television stations (e.g., Radio Mogadishu in Somalia, and some Iftin programs on Kenyan radio) broadcast portions of their programming in the Somali language.

Archaeological evidence suggests that the Somalian people utilized a written language before the development of the current orthography. Still, as of this writing, none of it has been translated.

The current Somali Latin-based alphabet, which uses all letters of the English Latin alphabet except p, v, and z, is the most widely used and official orthography of the state. It uses the letters listed in the traditional Arabic word and was created by several eminent Somali scholars, including Musa Haji Ismail Galal, B. W. Andrzejewski, and Shire Jama Ahmed.

The writing systems Osmanya, Borama, and Kaddare have evolved since they were invented by Osman Yusuf Kenadid, Abdurahman Sheik Nuur, and Hussein Sheik Ahmed Kaddare, respectively. In the 1920s, the Osmanya alphabet was developed from Arabic, and it was also written horizontally from left to right.

With differing language orthography and the dialect spread over the three major areas, it is quite easy to see the value and the usefulness of Somali translation to gain customers in the Somalian market.

Around 21.8 million people speak Somali worldwide, and although they are spread out across several nations, Somalia, Ethiopia, Kenya, and the city of Djibouti have the highest concentration of speakers.

As the official language of Somalia, it should come as no surprise that 98.3% of all speakers are from Somalia, with the remaining countries only making up a very small portion of the overall percentage.

The fact that there are roughly 500,000-second speakers with 150,000 living in the United States may come as a surprise to most people. However, many of them are concentrated in Minnesota, Dublin, and Ohio.

While the number of people speaking the language isn’t as high as most of its counterparts, it is noteworthy to understand that Somali is the third most spoken Cuhistic language just behind Oromo and Afar, both of whom have larger populations.

Tips on Translating to Somali

When requesting Somali translation, it is important to understand that there are three known dialects. This means that the way Somali is spoken in a particular region may vary slightly from the way it is being spoken in another. They are seen as:

For localized content for the coastal areas of the country (e.g Muranayo), Benaardir is a much-preferred option by the residents of the area, and while creating for areas such as the East Omo-Tana sub-branch found in the Marka district of the Lower Shebelle region and Banaadir region of southern Somalia, it is advised that you use Af-Ashraaf.

But regardless of these key differences in languages, here are some tips on how to effectively perform Somali translation and interpretation.

It is crucial to consider the language and the translation process when trying to market your product or service in a new country. Somali Translation and Somali Interpretation are necessary to successfully penetrate the Somalian market and other Somali-speaking countries.

Somali Language Translation companies can also be especially useful in incorporating Somalian culture and language into the right parts of a business, as well as attracting native speakers. Their expertise in the translation process and qualified, professional translators can help your Somalian initiative to be well-received and successful.