Online spending by the U.S. Hispanic market is projected to reach $21.6 billion by 2011. This domestic market is composed of U.S. natives and people from over 20 countries, with purchasing power estimated at over 1 trillion dollars as of 2010 (the-infoshop.com, 2010). Over 50% of U.S. Hispanic households own computers and Latinos in the USA spend nearly 20% more time online than the general, domestic population. Clearly, one of the richest non-English e-Commerce markets exists right under your nose, here in the United States of America.

USA Hispanic Markets At A Glance

The Spanish Language as Used by U.S. Hispanics 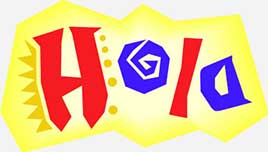 The Spanish language is a Romance language that originated in the northern region of Spain, is the primary language of 21 countries, one of the six official languages of the United Nations, and the second most widely spoken language in the United States. The Spanish language is spoken by over 417 million people worldwide, (329 to 358 million as native speakers), and is the second most natively spoken language in the world, after Mandarin Chinese. (Wikipedia.org). The Spanish language can have many variations in dialects, idioms, vocabulary, accents, and even grammar rules, that must be taken into consideration during translation and U.S. Hispanic website localization.

The Spanish language is read from left to right. The Spanish writing system uses the 26 letters of the Latin alphabet with the addition of the characters ñ, ch and ll. The use of accents such as á, é, ó, í and ú are used in some words to change meaning and pronunciation.

Although there isn’t an “official” universal Spanish dialect, it is possible to translate materials into a “neutral” Spanish, or what some copy writers and translators call a “Universal Spanish”. In response to the demand for Spanish language materials appropriate for the diverse groups of U.S.-based Spanish speakers, skilled teams of Spanish translators collaborating and using appropriately developed glossaries can translate and localize content into a “Universal Spanish” that effectively communicates to U.S. Latino consumers.

The U.S. Latino market is not a homogenous culture, but instead one that is strongly tied to many different countries of origin. Therefore, many of the symbols and icons that are important to different segments of the Latino population are country-dependent. It is important to be aware of these differences in order to avoid cultural blunders and the inadvertent use of offensive symbols.

A search engine marketing campaign for the U.S. Hispanic market should be multi-dimensional for both short-term and long-term success. Using Pay-Per-Click (PPC) campaigns on targeted Hispanic websites and search engines is one way to produce immediate results and become familiar to the Hispanic market segment that is being targeted. Long term search engine marketing plans should include the use of keywords in both the Spanish language and in English. In addition, it is important to note that U.S. Hispanics tend to use longer strings of words in search phrases and/or questions than the rest of the U.S. market.

You may wish to review GPI’s blog post on Multilingual Search Engine Marketing Primer for issues involved in non-English SEM.

When localizing your U.S. Hispanic website, it is important to research cultural and linguistic issues specific to domestic Latino consumers. Keyword list localization is a very different process from standard Spanish translation; you should make sure that your SEM and/or localization agency has the experience and understands the requirements for performing this service so that they can provide you with appropriate Spanish keyword localization. This will ensure that your Spanish Web Localization optimizes your content for U.S. Hispanic search engines to produce maximum results.