In Spanish there is an ambiguity that 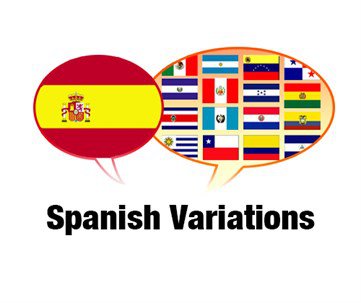 makes certain words used in Spain not well understood by someone who speaks LA Spanish.  The issue is that different words can be used for the same thing, or the same word can mean one thing in Spain but something completely different in Latin America. I have listed some common examples below:

The English term “computer” is an “ordenador” in Spain and a “computadora” in LA Spanish speaking countries.

An “avocado”, is an “aguacate” in Spain and a “palta” in most LA Spanish speaking countries.

And a “potato” is a “patata” in Spain and a “papa” in some LA Spanish speaking countries, like Argentina.

Other words, like “pen”, show differences also within the different countries in Latin America: it’s a “bolígrafo” in Spain, a “lápiz pasta” in Chile and a “lapicera” in Argentina.

Grammar: “Voseo” and the use of “ustedes”

The use of “vos” and its corresponding verb conjugations is known collectively as “voseo”. It’s extensively used in Argentina, Chile, Costa Rica, El Salvador, Guatemala, Honduras, Nicaragua, Paraguay, Uruguay and in parts of Colombia, Venezuela, Ecuador and Mexico, as well as in many other countries of Latin America. Even though it’s widely used, “vos” also carries many differences for social consideration. In some parts of Latin America it is considered street language, appropriate to say but not correct for writing.

In Spain, there are two ways of saying “you” in plural form: “vosotros” (informal) and “ustedes” (formal). In Latin American Spanish there’s only one: “ustedes”.

I’ll conjugate the verb “jugar” (to play) so you see how it changes according to each pronoun:

So, to say “Who are you playing with?”

Although I have pointed out several differences, the great thing about Spanish language is that whatever variety of Spanish you speak and whatever speaking country you go, you will be perfectly understood!

If you are interested in reading more about Spanish language, have a look at my blog on what is neutral Spanish?.