Spanish is the second most spoken language in the US. In fact, the US’s 52 million Spanish speakers rank second in the world behind Mexico’s 129 million speakers. That’s more than Argentina (44 million), Spain (46 million) and even Colombia (50 million). 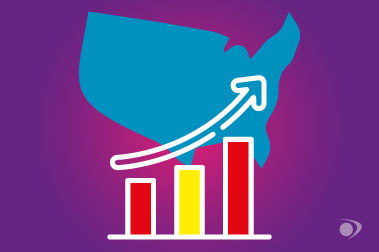 Hispanics now represent over $1.5 trillion dollars in purchasing power and their population is predicted to grow by 163% by 2050. Nearly 77% of Hispanics in the US are 45 years old or younger, 32% are under 20. Hispanics are also the largest minority group in the US, representing 18.3% (2019) of the population. That number is expected to grow to 30% by 2050. So, while properly marketing to the US Hispanic population can be complex, it is no longer a nice to have. They are a diverse group of second-generation Spanish speakers living in the US and more than half are under 40.

According to Lisa Gevelberm at Google, Hispanics are the front runners in the adoption of new devices, “they are power users of mobile and over-index in video consumption”. Lisa went on to say that there are misconceptions that Hispanics are laggards in terms of tech adoption, and it is quite the opposite.

For organizations looking to increase their clientele, this group should be at the top of their target prospect list. Hispanics are actually the largest demographic online, ranking higher than anyone in web video consumption and overall internet use. While once a largely ignored demographic and still considered untapped by many advertising experts, there is no denying the importance of this group to the US economy and to brand marketers.

Traditionally, marketing to Spanish speakers was centered around “Hispanic-themed” holidays, like Cinco de Mayo or Quinceañeras, for example. While this tactic was certainly under representing the importance of Latinos in everyday American life, some of it was flat out wrong. While Cinco de Mayo is a commercial success in the US, it’s more of a Hallmark Holiday and few Mexicans even celebrate it as it wasn’t a major milestone. Contrary to popular belief (at least in the US), Mexico’s real Independence Day is the 16th of September.

Who Successfully Markets to the US Hispanic Population?

Companies that have the most success with the US Hispanic population consumers create rich and engaging Spanish-language digital content that is on par with their original English materials. They also invest in quality Spanish-language translations of accompanying marketing materials.

I can’t tell you how many times in my translation career I have seen a client balk at a $500 Spanish translation for ad-copy when they paid their creative agency $25,000+ to come up with the original English version. It defies reality and is frankly, short sighted.

Brands that view the Hispanic consumers as different, yet equal are the ones succeeding. In fact, only 2.45% of US-based ecommerce sites are available in more than one language and of that, only 17% are in English/Spanish. 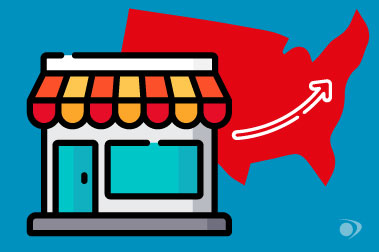 Amazon has done a great job of localizing their website for the US Hispanic population, starting with the launch of their full Amazon.com site in Spanish back in 2017.  Several years back, McDonald’s won the Association of Hispanic Ad Agencies (AHAA) Marketer of the Year for their focus on the Hispanic community, which included Spanish-language advertising.

I know that many decisions are made as a family in the Latino culture, maybe more so than other ethnicities. When it comes to buying a new product, many of these discussions will start around the kitchen table, each generation giving their input. As a life-long translation professional with more than a few Spanish website localization engagements, I am keenly aware of the power of using language to bridge gaps. Brands that embrace these family values of inclusion and group decision making in their marketing strategies will gain a larger Hispanic audience.

Tips for Marketing to Hispanics

In conclusion, the US Hispanic population continues to grow stronger each year and will eventually represent 30% of the total population by 2050. This group as a whole has been largely ignored by marketers for many years. However, there are some savvy brands out there that are now understanding Hispanic culture, family life and heritage. They are using this knowledge to effectively connect with this influential and ever-growing demographic.

Craig Witt. Why Your U.S. Hispanic Marketing Strategy Should Not Focus on Hispanic-Centric Events. https://www.mediapost.com/publications/article/320015/why-your-us-hispanic-marketing-strategy-should-n.html. May 31, 2018.

Eileen Patten. The Nation’s Latino Population is Defined by Its Youth. https://www.pewresearch.org/hispanic/2016/04/20/the-nations-latino-population-is-defined-by-its-youth/ April 20, 2016.

Madeleine Leddy. Why targeting the US bilingual Spanish-English market is a must for ecommerce retailers. https://blog.weglot.com/targeting-us-bilingual-spanish-english-market-ecommerce-retailers/. October 1, 2019.

The Guardian. US now has more Spanish speakers than Spain – only Mexico has more. https://www.theguardian.com/us-news/2015/jun/29/us-second-biggest-spanish-speaking-country. June 29, 2015.