As localization professionals we are all immersed in the business of language and technology, naturally. However we all too often forget that behind the business and technology of the language services profession, before the mechanics of localization, comes in, we have the actual language and with it an associated culture.  Understanding the multilingual and multicultural experience on a personal, human level are fundamental to us as language professionals in order to deliver our translation services successfully. 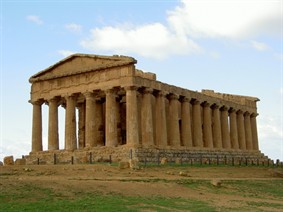 People that have been raised in multilingual and multicultural environments display certain traits that perhaps individuals that have grown up in homogeneous households or environments do not. That is not to say that those individuals don’t appreciate language and culture; to the contrary many times those same individuals are the most eager to learn new languages, visit foreign countries and learn about different cultures!

However the fact remains that for people actually growing up in a very diverse environment and having to adapt to it, as opposed to seeking it out at some point later in life, it is never a conscious choice – it is part of life. As a matter of fact rather than calling it adaptation it resembles an act of “osmosis” more than anything else. After all we are a special breed of people that naturally absorb all the various nuances of language and culture that engulf our daily lives from day one of our existence.

Take the baby that grows up in a two-parent household in which the parents come from two different countries and speak two different languages. The child grows up comprehending and understanding and eventually speaking both languages without giving it any actual thought – it comes naturally! They can communicate with ease with both parents and comfortably switch back and forth speaking to each parent in their own respective language.

Countless books and articles have been written, studies have been conducted and research has been performed on this fascinating topic. Obviously a lot can be said about this fact probably being the strongest and most compelling argument for bilingual education of very young children in the US school system rather than waiting to introduce children to a second foreign language in high-school when this kind of adaptation and submersion is very hard to achieve, but let’s leave the science out for a moment as this particular topic would deserve its own blog, entirely.

So back to the bilingual household experience and back to our two parents speaking two different languages: For argument’s sake let’s throw a third language into the mix, say because those same two parents are living in a country where a third language is spoken and that same child will go to school having to learn that particular language. Chances are those children have already been exposed to that language via friends at the playground and shows and movies they watch on TV. Again the absorption of an additional language happens almost seamlessly – almost:

Nothing is funnier than watching and listening to children from multilingual backgrounds speaking with each other in multiple languages at once, switching back and forth, replacing words from one language with whatever comes to mind and is easiest in another! I speak from personal experience when I say this makes for a very interesting and amusing conversation, albeit one that only the people that are in it find perfectly normal. 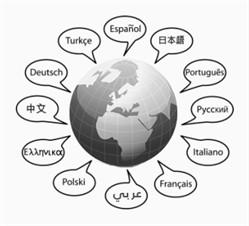 However language would mean very little if not given the context of culture and that’s when things get more interesting, yet a bit more complicated. Being an individual growing up in-between different cultures carries its own unique set of challenges with it. The cultural background in the household quite often is very different from the predominant culture outside the home. Parents from a different cultural background may be very protective of their culture, routines and traditions a) because they may feel threatened by their new environment which is fairly unknown and foreign to them and b) because they want to preserve that same tradition and culture for their children despite the fact that they live in a foreign or new country. Children on the other hand are confronted daily with the different cultural rules and expectations that apply at home versus what they see and experience the moment they leave the house. Having to navigate between those two worlds can be quite tricky and culture clash is inevitable!

Try asking a traditional Greek father for a co-ed sleepover at your German girlfriend’s house – at 14 no less – and see what the answer will be! Or have your 12-year old American girlfriend come over for dinner only to find that what’s on the menu is mousaka (“what is eggplant??”) or whole fish (“it still has the eyes, and fin, and a tail on it – yikes”).

As much as these experiences are amusing they are also without a doubt very educational: it is due to these types of cultural exchanges that our lives become more diverse and more interesting and multifaceted, and our personalities and attitudes tested, challenged to become more tolerant, more flexible and open to all.

I will leave you with one final anecdote: when my son was in kindergarten all children were asked about their favorite food. The answers were mostly predicable: pizza, cheeseburger, French fries, and the likes. When it was my son’s turn he replied without flinching: OCTOPUS, as if it was the most normal thing in the world – and to him it was. You can imagine the lively conversation that ensued among the 20 or so 5 and 6 year olds in his classroom. Kali Orexi!!