Many people might wonder where on earth Halloween originated? While it is very popular in Canada and the US with estimates stating that 65% of Americans decorate for Halloween and more candy is sold on Halloween than on any other US holiday, it is less popular around the world but is growing in its newer commercialized form. Today’s tradition of going out for candy, or “trick-or-treating”, is believed to have begun much more recently, maybe in the 1950’s. Children would dress up in costumes and roam the neighborhoods and demand people give them candy or else suffer the fate of some form of tricks be played on them.

Today, many countries have adapted Halloween as their own and/or have similar traditions within their own cultures. This seemingly North American centric tradition actually started in Ireland. Check out this video on the origins of Halloween: 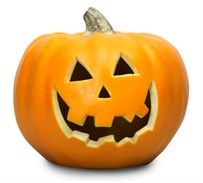 In Argentina, we, like many countries, have started to celebrate Halloween with kids’ parties and costumes and candy. In China, the Halloween-like festival is called as Teng Chieh where food and water are put out with photographs of family members who have died. There are also some who build bonfires and lanterns in order to light the paths of the spirits as they travel the earth on Halloween night.

Among many Spanish-speaking nations, mainly Mexico and Aztec-influenced Latin America, Halloween has been merged into an ancient tradition which is known as “El Dia de los Muertos” or “The day of the dead”. This is a three-day celebration that begins on the evening of October 31 and ends November 2. Established to honor the dead who are believed to return to their homes on Halloween, many families make an altar in their home and decorate it with candy, flowers, photographs and water, and sometimes even placing out samples of the deceased’s favorite foods and drinks.

To learn more about Halloween and Halloween-like traditions around the world, see: